William Henry Jones, educator, was born in Caswell County, the son of Thaddeus Cornelius and Rebecca Jane Roberts Jones. He attended rural schools in Caswell and Rockingham counties and was graduated in 1911 from The University of North Carolina, where in his senior year he was editor of The Daily Tar Heel, a member of the Golden Fleece, and a student assistant to Librarian Louis Round Wilson. Jones taught school in Caswell, Sampson, Buncombe, Durham, Washington, Robeson, and Pitt counties, and was principal of high schools in South Hill and Charlotte Courthouse, Va. 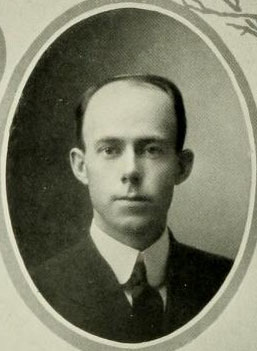 Biltmore Junior College's enrollment reached about three hundred students before the depression forced the charging of tuition. After Reynolds's retirement as county superintendent, Jones relinquished supervision of the junior college and Reynolds became its president. Later Biltmore was merged with Asheville College to form Asheville-Biltmore College, the predecessor of the University of North Carolina at Asheville. In 1934 Jones became district supervisor of the Adult Education Program of the Emergency Relief Administration (later Works Progress Administration) with the office in Chapel Hill, and the following year he was appointed assistant state director of the program in Raleigh. For nine months preceding the termination of the program in 1943, Jones was state supervisor of the Adult Education Program. From 1945 until his retirement in 1960, he was employed by the Hospital Savings Association in Chapel Hill.

Jones was an avid gardener and an active Methodist layman. In 1916 he married Edna Lynch of Fairview, and they had three children: George Thaddeus (m. Mary Peres), Myra (m. Russell B. Davis and, after his death, Stewart Rogers), and Louise (m. Allen McCain Garrett). Jones died in Riverdale, Md., and his ashes were returned to North Carolina for burial in the old Chapel Hill Cemetery. His widow died in a fire at the Methodist Home, Durham, in 1976.