Michael Holt, III, farmer, magistrate, and legislator, was born in Orange County, the son of Michael, Jr., and his second wife, Jean Lockhart Holt. He was reared on his father's farm and from him inherited several hundred acres of land along Big Alamance Creek and its tributaries in present Alamance County.

During his youth, Holt received only elementary schooling, but from his parents learned the rudiments of husbandry. Building on this foundation, he became one of the most successful farmers in the Piedmont section of the state. In addition to attaining financial affluence, the agriculturalist cultivated his mind with "diligent reading, reflection, and conversation" and thereby "possessed the respect and good opinion of his fellow citizens." This was demonstrated in his many years of service as a magistrate and by his election in 1804 as a representative of Orange County in the North Carolina House of Commons. He was elected to the state senate in 1819 and reelected for the 1821–22 term. 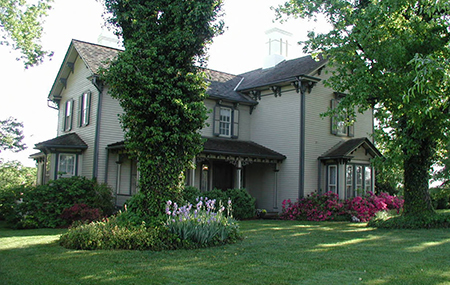 A member and "worthy communicant" of the Lutheran church, Holt married Rachel Rainey, daughter of the Reverend Benjamin Rainey, a minister in the Christian church founded by James O'Kelly. The couple became the parents of six children: Nancy Mitcham (Mrs. William A. Carrigan), Jane Lockhart (Mrs. John Holt), Edwin Michael, William Rainey, Alfred Augustus, and Polly (Mary), who never married. Holt lived in a farm-house near the present village of Alamance, where his son Edwin eventually built one of the early cotton mills in the state. Edwin also made some changes in the house and named the place Locust Grove. Later alterations have been publicized in Alex Haley's Roots. The house is preserved today as the Alamance County Historical Museum.

Holt trained his sons to be master farmers and, though Edwin and William chose other vocations for their lifework, the family cultivated the ancestral acres profitably for two generations, even surviving the economic loss of slave labor. Holt did not share Edwin's enthusiasm for manufacturing, as he failed to envision the potential of the cotton mill at Alamance. He remained skeptical of his son's plans and did not live to see their ultimate success.

When he died, Holt's numerous slaves and tracts of land were divided by his will equally among his children with meticulous precision. He also bequeathed the sum of $200 to enclose "the graves in the garden" with brick or stone. The executors carried out his instructions, and Holt was buried with numerous members of his family at Locust Grove in a walled cemetery, maintained by his descendants.