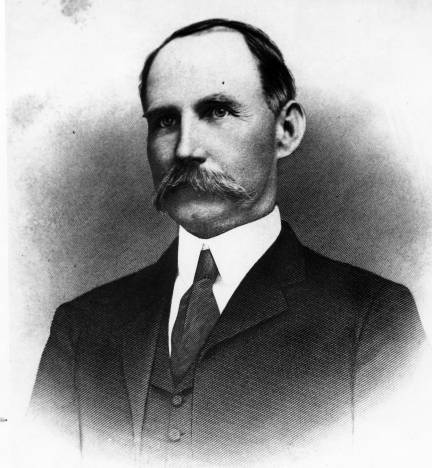 Joshua Walker Gore, engineer, inventor, and professor, was born in Frederick County, Va. His father was Mahlon Gore (d. 1860), the son of Thomas and Sarah Walker Gore. His paternal great-grandfather was John Gore, who came from England about 1778 and settled in Loudon County, Va. His mother was Sydney Sophia Cather Gore, daughter of James Cather of Glasgow, Scotland, and Nancy Howard Cather of Belfast, Ireland. His maternal great-grandfather arrived in Frederick County shortly after the end of the American Revolution. Joshua W. Gore had two brothers, James Howard and Perry Cather.

Young Gore attended Loudon Valley Academy and in 1871 entered Richmond College, where he received certificates in mathematics and physics. In 1873 he enrolled in the University of Virginia and was graduated with a degree in civil engineering in 1875. He then spent two years at Johns Hopkins studying mathematics and physics. In 1878 he became professor of physics and chemistry at Southwestern Baptist University, Jackson, Tenn., and remained there until 1881, when he returned to the University of Virginia as assistant to C. S. Venable in mathematics. In 1882 Gore became professor of natural philosophy and engineering at The University of North Carolina. In addition to his teaching duties, he was responsible for the establishment of the electric light plant and, in part, for the heating and water plants. For many years he was university registrar and from 1884 to 1886 he served as secretary of the faculty. In 1895 he became professor of physics. He was active in the establishment of an early university press and the YMCA building, and at a convention held in Chapel Hill in 1886 he was elected permanent president of the YMCA. For a time he was secretary of the Elisha Mitchell Scientific Society and was a member of the American Association for the Advancement of Science.

During the absence of President Edwin A. Alderman from the campus Gore was acting president, and at Alderman's resignation Gore was recommended as his successor. He was also recommended for the same position at the College of Agriculture and Mechanic Arts in Raleigh, but he declined both. In Chapel Hill Gore lived in the house built originally for the president at the site now occupied by Swain Hall. On 9 Nov. 1883 he married Margaret Corinthia Williams, daughter of the Reverend J. W. M. Williams of Baltimore and Corinthia Read Williams. They had no children. He was a Democrat and an active member of the Baptist church. He died of tuberculosis at the age of fifty-nine in Baltimore, where he had gone for treatment.