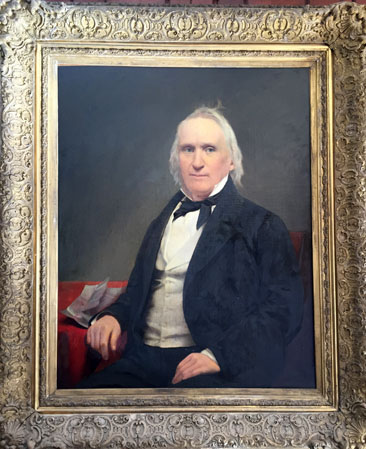 In 1813 Devereux was graduated from Yale College, where he was a schoolmate of George E. Badger (1795–1866), later a prominent North Carolina lawyer and politician, and Elisha Mitchell (1793–1857), who would become a distinguished professor of mathematics and science in The University of North Carolina. Both men became Devereux's lifelong friends. Devereux chose the law as his profession but for some years did not actively seek clients because he already had a competent fortune. Business reverses, however, eventually compelled him to devote his full energies to the duties of the bar. He soon attained both a large practice and a reputation for unusual legal ability, especially in equity cases. He was appointed U.S. attorney for the District of North Carolina and served competently in that position for many years. In 1826 he became joint reporter with George E. Badger of the North Carolina Supreme Court and soon was made the sole occupant of the post following Badger's resignation. Devereux produced four volumes of law and two volumes of equity reports. In 1834 he obtained the assistance of William Horn Battle in reporting the court's decisions.

Devereux was influential in persuading William Gaston in 1833 to accept an appointment to the state supreme court. Though convinced of the continued need for the court, which had been created in 1818, he was aware that it was unpopular throughout the state. Devereux believed that it could be saved from abolition by the legislature only if a lawyer of Gaston's ability and prestige could be secured to fill the vacancy created by the death of Chief Justice John Louis Taylor in 1829.

Upon the death of his uncle, George Pollock (1772–1839), Devereux inherited the care and management of a large family estate, consisting mostly of several plantations and some fifteen hundred slaves. These duties forced him to abandon the legal profession, and he spent the remainder of his life in agricultural pursuits and such publ 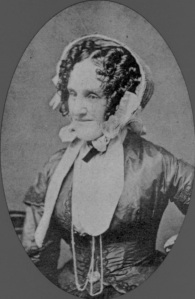 Devereux was married twice. His first wife, Catherine Ann Johnson of Connecticut, was a lineal descendant of Samuel Johnson (1696–1772), the first president of Kings College, New York City, and his son, William Samuel Johnson (1727–1819), the first president of Columbia University, the successor institution of Kings College. She was also related to the Bayard, Livingston, and other Knickerbocker families. Following Catherine Ann's death on 18 July 1836, Devereux married a Miss Maitland of New York who outlived him. The father of a numerous progeny, he was survived by one son and seven daughters as well as several grandchildren. His son John, an 1840 graduate of Yale College who served as North Carolina quartermaster during the Civil War, married Margaret Mordecai (1824–1910), a daughter of Moses Mordecai, a prominent Raleigh attorney. They were the parents of Thomas Pollock Devereux II, who served as a courier in the Confederate Army of Northern Virginia (1863–65) and whose letters to his parents and his sister (now in the State Archives in Raleigh) give detailed descriptions of army life and of the battles in which he participated. 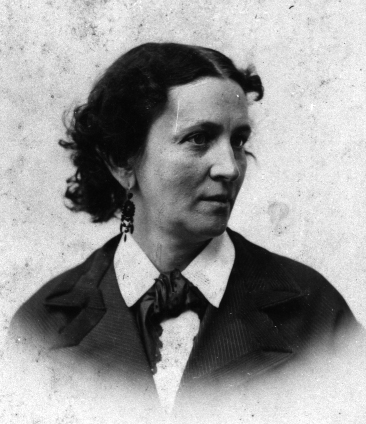 Devereux's daughter Frances was the wife of Henry W. Miller, Wake County lawyer and Whig leader, whom she married on 15 June 1837. Catherine Ann, her mother's namesake, who married Patrick M. Edmondston of South Carolina, kept a diary of her experiences as a North Carolina planter's wife during the Civil War; it reveals her to have been a well-educated, widely read woman of penetrating intelligence who was fond of playing chess with her father, the resident of a neighboring plantation. Another daughter, Mary Bayard Devereux Clarke, was a novelist and poet of note.

In his seventy-sixth year Devereux died at his plantation, Conneconara, on the Roanoke River in Halifax County. His remains were taken to Raleigh and interred in the City Cemetery. In politics he was a Whig. Although a staunch Unionist prior to the state's secession in 1861, he loyally supported the Confederate cause during the Civil War. Postwar emancipation deprived him of slave property valued at $750,000. From early life he was a communicant of the Episcopal church, though both his mother and his maternal grandmother were charter members of the First Presbyterian Church in New Bern and his mother gave money for the first Presbyterian manse in Raleigh. Apparently no portrait of Devereux exists. Portraits of his parents, his uncle, George Pollock, and his daughter-in-law, Margaret Mordecai Devereux, are reproduced in the North Carolina Portrait Index, 1700–1860 (1963).

Think I’m related to Thomas Pollick of Pollocksville NC. Have family history in Eureka Springs Arkansas Carroll county Arkansas. Just can’t find the connections to North Carolina? Have any ideas or help with my problem. Thanks

kelly, once again tku ever so

kelly, once again tku ever so much
for responding. again appreciate any
further info you might come across.
thomas's wife was a laura a rush,
b 1812/13, but dont know if it was
his first or second wife.she was
born according to sons death records
in natick mass. although some census
say connecticut, some say NY and VT

did thomas pollock devereux ever liv
e in westchester cty ny or mass. or
l.i. ny and was he related to the
devoes, devereaux in ny or the
oakleys or rushes.
tku joan gass.

I have looked at a number of resources and while he grew up in Connecticut, I don't find any sources indicating that he evern lived in New York or Massachusetts. I have also looked at Ancestry.com and I do not see any records there indicating that he lived in those states.  NCpedia doesn't have any additional information about the Devereux family genealogy and we do not have any resources here at the NC Government & Heritage Library that would immediately help answer those questions.

If you are interested in researching Devereux family history, I'm including a link to th NC Government & Heritage Library webpage for Genealogy Research -- http://statelibrary.ncdcr.gov/ghl/resources/genealogy.html.  You'll find information about researching family history, as well as information on the collections and services of the library.  You may also wish to visit your local public library.

kelly thank you ever so much

kelly thank you ever so much for tak
ing time to reply to my inquiry. one
of the reasons i inquired was becaus
e his,oldest daughter emily pollock
was married to a james e beasley
(variants baisley basly etc.)whose
father was thomas oakley basley
who married a sarah ann devoe
of the frederick devereaux(varia
nts again) was trying to connect th
e thomas pollock deveaux somehow.
since one his other dghtrs had gone
to n.c. to visit a relative.
tku again for answering my query
joan pollock gass