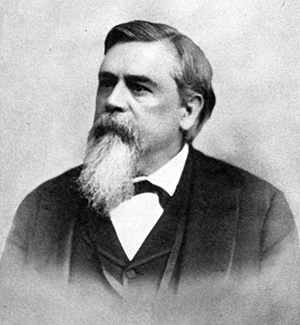 Claudius Baker Denson, soldier, educator, and public speaker, was born in Suffolk, Va., the son of Josiah Armistead (1814–1907) of Suffolk and Mary Baker Denson, daughter of the Reverend Daniel Baker, also of Suffolk. In 1624 Denson's ancestor, Thomas Jordan, had come from Dorsetshire, England, to settle in Nansemond County, Va. Denson entered the Virginia Collegiate and Military Institute at Portsmouth in 1853. There he became commandant of the corps of cadets and later a member of the faculty. In 1858 he founded and became principal of the first military school in North Carolina, situated at Franklin, six miles east of Faison in Duplin County. It was known as the Franklin Military Institute. Associated with him there was Professor Richard Washington Millard, a native of Clinton.

In 1861 the approach of war brought immediate, drastic changes at the military school. Among the first troops to offer their services to the governor of North Carolina was a company composed largely of the students of Franklin Military Institute. Organized at Faison on 16 Apr. 1861 and called the "Confederate Greys," this company elected C. B. Denson, captain; R. P. James, first lieutenant; L. T. Hicks, second lieutenant; and L. W. Hodges, third lieutenant. It went into camp on the Franklin Institute grounds, was quickly recruited to full strength from young volunteers of the surrounding area, and was drilled in a regular course of military tactics. Except for the flintlock muskets of the school, all uniforms and other clothing, food, camp equipment, and military supplies were made or financed directly by the company's members, families, and patriotic friends. Two weeks after its organization the company was ordered to active duty at Fort Johnston, Smithville (now Southport), N.C., to aid in defense of the essential port of Wilmington. The Confederate Greys of the North Carolina Volunteers made an enviable record for itself during the war; after reorganization it was known as Company E of the Twentieth Regiment.

In 1862 Denson was transferred to staff duty; subsequently, in view of his knowledge of mathematics and engineering, he was commissioned a lieutenant in the Second Engineer Troops. Stationed first at Wrightsville, he later took part in arduous preparations and fighting as the tide of war advanced up the Cape Fear valley. Many years later, he was to write for Walter Clark's Histories of the North Carolina Regiments (1901) the article on the Engineer Corps of the Army of the Confederacy. Captain Denson never surrendered to the Union flag. Just before the war ended he, with his corps, was ordered to South Carolina to await further orders. Those orders never came. 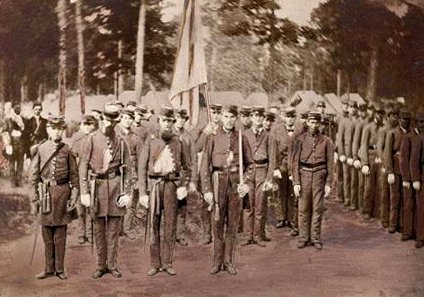 Immediately after the war, Denson opened the Pittsboro Scientific Academy at the seat of Chatham County. It succeeded the well-known Pittsborough Academy, which had been established under authority of an Act of the General Assembly ratified in January 1787 and where many citizens of later prominence in the state received their education.

In 1887 Denson, at fifty years of age, moved to Raleigh where for ten years he was coprincipal, with Professor Hugh Morson, of the Raleigh Male Academy. At that time the school's average attendance was one hundred pupils. Required courses were orthography, penmanship, English composition, and declamation; other subjects included English, Latin, Greek, French, and German languages and literature, bookkeeping and mathematics, and the natural sciences. The Raleigh Male Academy was located one block from the new governor's mansion. Its students marched as a body in the parade at Raleigh's Centennial Celebration in 1892, each wearing the city colors and a white silk badge bearing Raleigh's emblem, the oak tree. A member of the board of managers of the Centennial Celebration and chairman of two of its subcommittees, Denson played an active part in the planning and presentation of the elaborate four-day program.

In all Captain Denson, as he continued to be called, was a teacher of young North Carolinians for forty years. He was a president of the North Carolina Teachers' Assembly. During the last fourteen years of his life he was secretary of the State Board of Public Charities, which supervised the state's charitable and penal institutions. One of his main interests was an effort to establish a reformatory for young criminals in North Carolina. To this end he prepared bills and appeared before legislative committees to urge their passage. Such an institution, the Stonewall Jackson Training School at Concord, was opened six years after Denson's death. He was on the commission for selecting the site and plans for the Western Insane Asylum of North Carolina, now the Broughton Hospital, at Morganton. For almost twenty-five years he was treasurer and assistant secretary of the North Carolina State Agricultural Society; its major function was to organize and present a program of importance to commercial and community life in North Carolina—the State Fair held annually in Raleigh. For nine years he was secretary of the North Carolina Confederate Veterans Association. In 1889 this group cited the need of a home for helpless, disabled veterans, raised funds by subscription, and opened a suitable building at Polk and East streets in Raleigh at a rental of $12.50 a month. It was soon full to overflowing, and on 16 Feb. 1891 the legislature passed an act leading to the state-financed Soldiers' Home on New Bern Avenue.

An eloquent speaker, Denson was invited to make commemorative addresses on many public occasions.

At St. Bartholomew's Episcopal Church in Pittsboro on 4 Jan. 1863, Denson married Margaret Matilda Cowan, daughter of Thomas and Mary Ashe London Cowan. The bride's parents, originally from their plantation at Old Town on the Cape Fear near Wilmington, had refugeed to the little village of Pittsboro in 1862. Of this union, Denson was survived by four sons: Thomas Cowan, Lee Armistead (m. Jane Saunders), Eugene Grissom (m. Julia McInnis), and Claude Baker (m. Gertrude Satterfield); and three daughters: Sarah Cowan, Mary Ashe Baker, and Kate Whiting (m. Richard Beverly Raney of Raleigh). Kate, at age twenty-two, designed and painted the flag of the city of Raleigh, which was borne by the cruiser USS Raleigh after its memorable service in the Spanish-American War; it was also used during World War I.

Denson died in Raleigh at the age of sixty-five. Funeral services were held at Christ Church, Raleigh, of which he had long been a communicant. Burial was in the family plot at St. Bartholomew's Church, Pittsboro.

C. B. Denson, "The Corps of Engineers and Engineer Troops," Histories of the Several Regiments and Battalions from North Carolina in the Great War, 1861–'65, ed. Walter Clark, vol. 4 (1901).

Charles L. Smith, The History of Education in North Carolina (1888).