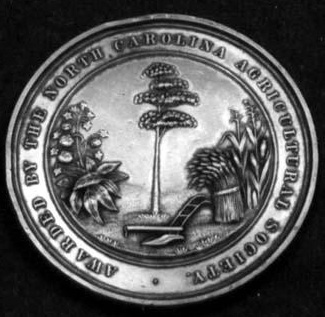 The Agricultural Society of North Carolina was organized in December 1818 in Raleigh with Governor John Branch as ex officio president and Joseph Gales Sr., publisher of the Raleigh Register, as secretary. This initial organization survived only a few years. A second organization, the North Carolina Agricultural Society, was established in Raleigh on 8 Oct. 1852 and survived until the late 1920s. This second society created and sponsored the first North Carolina State Fair in October 1853. The state fair was the Agricultural Society's principal agency for the promotion of both scientific agriculture and industry. The success of the organization resulted in large part because some of the state's more enlightened planters and farmers were members. These included Thomas Ruffin Sr., a lawyer, judge, former chief justice of the North Carolina Supreme Court, and prominent Alamance County planter; John S. Dancy of Panola Plantation in Edgecombe County; and Kenneth Raynor, a Hertford County planter and prominent Whig politician. 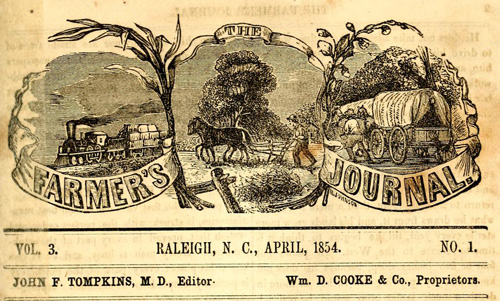 In addition, the North Carolina Agricultural Society issued publications-including its official but short-lived Farmer's Journal (1852-54), edited by John F. Tompkins-to encourage farmers to adopt improved cultivation practices such as fertilizing, crop rotation, deep plowing, and contour plowing. The society also deserves considerable credit for the University of North Carolina's establishment in 1854 of a chair of applied chemistry to deal with agricultural matters and, soon afterward, the creation of an experimental farm south of what is now South Building.

With the appointment of the first State Fair Board by Governor Angus McLean in 1925, the North Carolina Agricultural Society gave up sponsorship of and financial responsibility for the fair, and before the end of the decade the society had disbanded.