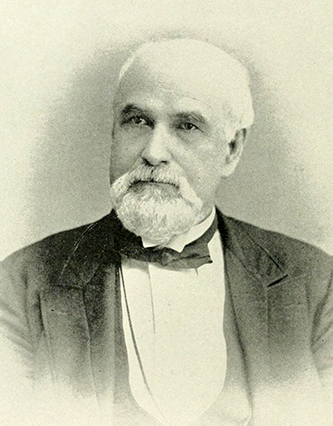 Joseph Jonathan Davis, congressman and state supreme court justice, was born in Franklin County, the tenth of eleven children of Jonathan Davis, a planter, and his wife, Mary Pomfret Butler. William Davis, his grandfather, served as a colonel in the Continental Army during the Revolution. On his father's side, he was descended from Sir Jonathan Davis, who immigrated to Virginia in 1660 and settled in what later became Hanover County, where he owned several thousand acres under royal grant. Dolan Davis, one of Sir Jonathan's brothers, who accompanied him to America, was an ancestor of Jefferson Davis, the Confederate president.

Davis studied at Louisburg Male Academy, Wake Forest College, the College of William and Mary, and The University of North Carolina, where he read law under W. H. Battle and was graduated with an LL.B. degree in 1850. Admitted to the bar that June, he began to practice in Oxford, then moved to Louisburg in 1852. An ardent Whig, Davis initially opposed secession, but accepted a commission as captain of Company G, Forty-seventh North Carolina Infantry, on 29 Mar. 1862. He saw service with the Army of Northern Virginia and in eastern North Carolina and was present at the Battle of Kinston. On 3 July 1863, although wounded in the arm and forehead and with his horse shot from under him, Davis led his company to a point "over the stone wall" on Cemetery Ridge in the Pickett-Pettigrew charge at Gettysburg. Unable to withdraw, he and the survivors of his unit were captured; he was interned at Fort Delaware and later at Johnson's Island, where he remained until the end of the war.

Returning to Louisburg, Davis resumed legal practice, this time in partnership with Charles M. Cooke, and entered politics as a Conservative. In 1866 he was elected without opposition to a term in the House of Commons, where he served on the committee that voted to reject the Fourteenth Amendment. In 1870 and 1872 he canvassed for the Democratic party, gaining notice for his stirring oratory; in 1872 he was a state elector-at-large for Horace Greeley. During this period, it was later learned, he was also a high-ranking leader in the North Carolina Ku Klux Klan.

In 1874 Davis served on the Democratic State Executive Committee. The same year he defeated J. P. H. Russ and Josiah Turner for the party's nomination to the U.S. House of Representatives from the Fourth District; in November he won election over J. H. Hendon. Serving in the Forty-fourth, Forty-fifth, and Forty-sixth congresses (1875–81), Davis established a record typical of Southern Democrats of the period, defending southern claims for war damages and extension of Mexican War pension benefits to otherwise deserving ex-Confederates; he seems to have acted as a southern spokesman against federal interference in elections procedure.

Retiring from Congress, Davis resumed private practice in Louisburg. In October 1885 an abortive convention to organize a state bar association elected him first president of that association; however, its almost immediate demise seems in no way to have been his responsibility.

In 1887 Governor Alfred M. Scales appointed Davis an associate justice of the North Carolina Supreme Court, a singular honor since Davis had not served the customary previous term on the superior court bench. He quickly confuted any critics of the appointment through his probity and devotion to duty, earning a reputation for exhaustive personal study of the legal and factual background of each case. "If he was not so profound a lawyer as some others who have graced the bench," observed Josephus Daniels, "he gave full proof of his judicial qualities and undoubtedly shortened his life by attention to duty." Elected in his own right in 1888, he remained on the bench until his death.

After the supreme court was expanded from three to five justices in 1889, Davis frequently held the swing vote between the "liberal" bloc (A. C. Avery and Walter Clark) and the more conservative Chief Justice A. S. Merrimon and Justice J. E. Shepherd. Thus in February 1892, when Davis suffered a stroke that left him partially paralyzed, the court was left divided 2-2 on a number of cases. Among these was Wilmington and Weldon Railroad v. B. I. Allsbrook (110 North Carolina 138), involving the state's right to tax the road's property in light of an exemption granted before the Civil War, when its operation had been unprofitable. Davis was known to favor the state in the case, but it was believed that, if he resigned due to ill health, Governor Thomas M. Holt would appoint a prorailroad justice to succeed him. Informed of the situation by Avery, Davis left his sickbed in Louisburg and traveled by closed carriage to Raleigh to cast the deciding vote; Railroad v. Allsbrook, upholding the state, was later regarded as a landmark in the struggle for effective railroad regulation.

Davis, an Episcopalian, died in Louisburg and was buried in Oaklawn Cemetery. Known to his contemporaries as "Honest Joe," he was celebrated for his extreme personal integrity; throughout his term on the supreme court, he allotted $1,000 of his $2,500 annual salary toward repaying a surety on a defaulted bond, a repayment he could have easily and honorably avoided. A loyal alumnus, he served on the board of trustees of The University of North Carolina from 1874 to 1891. With William A. Graham and Kemp P. Battle, he was a member of the committee that recommended a plan for the organization of the university on its reopening; in 1883 he was chairman of the visiting committee. In 1887 the university awarded him an honorary LL.D. degree. On 21 Oct. 1852 Davis married Katherine Elizabeth Shaw of Louisburg (d. 1881). There were five children by this marriage, Mrs. Katherine McAden Davis Crenshaw, Robert Henry, Hugh Levin, Mrs. Mary Helen Davis Allen (m. James M. Allen of Louisburg), and Lily Davis, who died while still a child. In 1883 Davis married Louisa Kittrell of Oxford (d. 1899).

A number of Davis's congressional speeches were reprinted in pamphlet form by the United States Government Printing Office and were apparently widely distributed. His judicial opinions appear in 96-110 North Carolina Reports (1887–92). Among the more notable are Cagle v. Parker, 97 (on easements); McCanless v. Flinchum, 98 (on definition of homestead); Troy v. Railroad, 98 (on contributory negligence); Michael v. Foil, 100 (on establishing definitive North Carolina rule regarding privileged communication between lawyer and client); and Goodman v. Sapp, 102 (on failure of a witness to take the stand as subject of comment in trial procedure).

Walter Clark, ed., Histories of the Several Regiments and Battalions from North Carolina in the Great War, 1861–'65 (1901), "The Supreme Court of North Carolina," The Green Bag (October–December 1892).