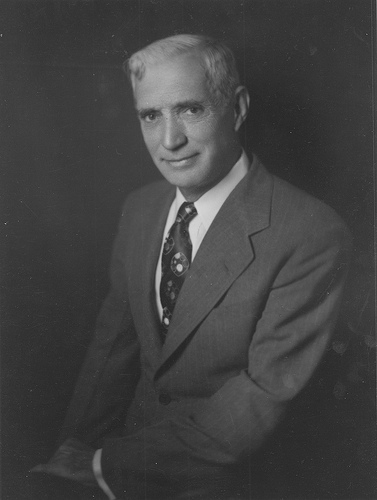 His preparatory schooling included attendance at the Franklinton Classical and Military Institute and at the Raleigh Male Academy. At both institutions his scholastic record showed superior grades, with an average consistently above 96; English, Latin, Greek, and mathematics were his major subjects. He entered Trinity College (now Duke University) in the fall of 1895, expecting to study to be a Methodist minister. His maternal grandfather and great-grandfather had been Christian ministers (Fuller Chapel near Kittrell was named for Jonathan Fuller, Card's great-grandfather). Later he changed his program and concentrated on athletics as a profession. That shift demanded an extra year of college, and he was graduated with the B.A. degree in 1900.

With the endorsement of three leading citizens of Durham—Benjamin N. Duke, Thomas J. Lambe, and J. H. Southgate, who became his bondsmen—Card was admitted to Harvard University, Cambridge, Mass., in the fall of 1900; there he took special courses in hygiene in 1900–1901. The following summer he was a student in the Sargent Normal School of Physical Education at Harvard, and he was graduated at the close of the 1902 summer session with a certificate indicating completion of the equivalent of four years of graduate work. He returned to Harvard every summer through 1913 and during two of those summers was an instructor in Hemenway Gymnasium, directed by the distinguished Dr. Dudley A. Sargent.

During his years as a student at Trinity College, Card was a member of the Columbian Society and competed on the track and baseball teams, the latter for all of his five years there; he was captain of the 1899 baseball team and from then on was known as "Cap." At Harvard he distinguished himself for his athletic prowess: he was ranked fifth among fifty strong men at Harvard and tenth among all collegians and was first in the backlift among all the college students participating in field trials at Harvard. 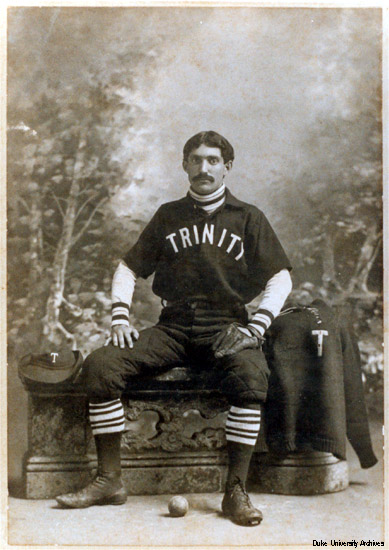 In the summer of 1914 Card worked in Baltimore, Md., in the city's recreation program; in 1915 he did similar work in Boston. During the First World War he was physical secretary at Camp Sevier, S.C., working for the National War Work Council of the YMCA. In appreciation of that work, he received a special certificate of commendation from the national office of the YMCA, signed by William Sloan, chairman, and J. R. Mott, general secretary. Beginning in 1923, he spent several summers as physical director of boys at Camp Etawah, Lake Junaluska, the Methodist Assembly Grounds.

Baseball was Card's favorite participatory sport. In addition to playing on the Trinity team, he played semipro baseball at Tarboro in the summer of 1898 and at Concord the following summer. The Boston National Baseball Team offered him a contract to play professional baseball in 1900, but he went to Harvard instead.

During the regular and summer sessions at Harvard, Card acquainted himself with all types of sports; he then brought back to Trinity for the student body there sports including gymnastics, association football, track, field hockey, bowling, swimming, fencing, volley ball, and basketball. He introduced basketball to North Carolina in 1905, and the first known collegiate game was played at Trinity, 2 Mar. 1906, with the score Wake Forest, 24; Trinity, 10.

Card was widely recognized in his field. Beginning in 1921, he served as state chairman of the American Physical Education Association, and reports furnished by him were published in the American Physical Education Review. His staged gymnasium exhibitions were always popular attractions through the years. He was the marshal for the Collegiate Division of the First Annual Olympic Games held in Durham, 4–6 May 1922.

As his staff increased, and ultimately each sport had its special coaches, Card continued to find many things to keep him busy in the promotion of athletics at Trinity. He kept meticulous records, which, with a vast collection of clippings, are now preserved in special cases in the gymnasium at Duke. Those records served as the bases of a series of intriguing articles he wrote for the State magazine in the early 1940s. He told in fascinating style of the early athletes at Trinity, making multiple comparisons with more recent teams. He was proud of all of them and found it easy to write of superlatives: the best batter, the best fielder, the best pitcher, the best catcher, the best all-round player. He was also the author of Health and Strength, a packet of twenty-four illustrated positions for physical exercise, plus a list of sixteen health hints.

On 15 February 1953, the men's gymnasium on the Duke West Campus was designated the Wilbur Wade Card Gymnasium in memory of the one man who more than any other had framed the physical education and intercollegiate athletic program at Trinity/Duke, during forty-six years of service to that institution. That recognition capped a special ceremony held at the commencement luncheon on 29 May 1942, when a portrait of Card, painted by former student, Paul Whitener of Hickory, was presented to the university. It now hangs in the lobby of the new indoor stadium. In the presentation speech, Professor H. E. Spence of the Duke Divinity School, a member of the first basketball team at Trinity (1905–6), said, among other things: "'Cap's' greatest contribution . . . is in the realm of the intangible and the immeasurable. He has been a personal friend to thousands of discouraged young students. . . . No student was ever too insignificant to share his sympathetic attention. My most vivid recollection of him is his tireless attempt to teach a crippled boy the use of his helpless limbs. And many a man throughout the length and breadth of the world today owes his healthy body and fine frame of mind to the efforts of this man who cheered him on to success."

Card was married on 30 Dec. 1902 to Anna Luella Waldo, in Wyoming, Ohio. She was the daughter of Gersham Henry and Elizabeth Kendrick Waldo and was a prize-winning 1896 graduate of the Detroit Training School of Elocution and English Literature. She won considerable fame as a professional elocutionist, doing dramatic interpretations on many platforms. She continued her service to the community when she came to live in Durham, where she was a popular vocalist. The Cards had two children: Elizabeth Cecilia, born 17 July 1905 in Wyoming, Ohio, who married Wortham Clarence Lyon in Durham on 17 June 1925; and Helen Kendrick, born 1 Feb. 1911 in Durham, who married Oliver Wingate Upchurch on 24 Sept. 1938. Mrs. Card died 19 Feb. 1945. Both she and her husband were buried in the annex to Maplewood Cemetery, Durham.

Through all his years, Card was an active churchman. He was a member of the Edenton Street Methodist Episcopal Church, Raleigh, and of the Bible class taught there by Mrs. W. H. Bobbitt. In Durham he was a member for forty-six years of the Duke Memorial United Methodist Church, where he taught a Bible class in the Sunday school for thirty-five years and contributed to many other phases of the church's work.