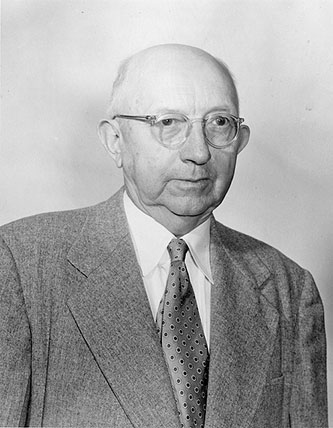 Hersey Everett Spence, Methodist clergyman, teacher, and author, was born at South Mills in Camden County, the son of Joseph Newton and Lucy Indiana Howell Spence. He received his undergraduate degree from Trinity College in 1907 and a master of arts degree in 1908; in the summer of 1911 he did graduate study at Columbia University. While teaching at Duke University in its early years, he enrolled in the School of Religion and was awarded a bachelor of divinity degree in 1927; he also studied in the graduate school at the University of Chicago in 1927–28. Later he was granted honorary doctorates by Asbury College and High Point College.

Ordained a Methodist deacon in 1908 and an elder in 1910, Spence served pastorates in Raleigh, Durham, and Sanford between 1907 and 1916. In the period 1908–13 he was also assistant professor of English literature at Trinity College. He was executive secretary of the Sunday School Board of the North Carolina Conference of the Methodist Episcopal Church, South, from 1916 to 1918, when he became professor of biblical literature and religious education at Trinity College. In 1925 he was appointed professor of religious education in the newly organized School of Religion in Duke University, a position he filled with distinction until his retirement in 1952 at age seventy.

He was a Mason and a member of the Odd Fellows organization, the Knights of Pythias, and the Modern Woodmen of the World. Though a registered Democrat, he took no active part in politics. He was the first recipient of the Algernon Sydney Sullivan Award at Duke for distinguished service to the university.

In the classroom Professor Spence was a personable and popular teacher. He enjoyed a pleasant sense of humor, had an uncanny memory for people and incidents, and knew how to inspire his students to do original research and make practical applications of their findings. His home was a frequent gathering place for the members of his classes. He was especially cordial to candidates for the ministry in all denominations and emphasized the mission of religious education in building a complete program in the local church.

In October 1913 he married Bessie Octavia Whitted of Durham. They had no children. After their home burned, they gave the site to Duke University to begin a fund to endow a professorship in the School of Religion. He died at age ninety-one and was buried in Maplewood Cemetery, Durham.