Woodmen of the World 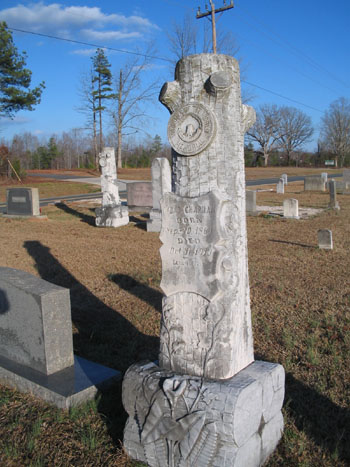 The Woodmen of the World is a national fraternal benefit society founded on 6 June 1890 during a meeting at the Paxton Hotel in Omaha, Neb. Its founder, Joseph Cullen Root, was also the founder of the Modern Woodmen of America, a fraternal benefit society that began in 1882 and had operations in nine central western states. The organization has worked through the decades on a number of service projects that have had a large impact on North Carolina. In the early 2000s the state had about 150 adult lodges and 90 youth lodges serving approximately 110,000 members. Only 12 of North Carolina's 100 counties do not have lodges, though the organization's long-range goals include construction of lodges in those locations, and its philanthropy continues throughout the state.

An important project of the Woodmen has been the North Carolina Orphan's Christmas Party, which raises money for gifts for the state's orphans. Another project adopted by the organization was inspired by a 1997 promise that Woodmen would visit the more than 700 nursing homes in the state and provide an activity annually for the residents. By the early 2000s, more than 450 of the state's nursing homes had been visited.

Among the organization's other civic activities and achievements have been the donation of a drinking fountain to the Tryon Palace Commission in New Bern in 1957; the building of a children's camp, Fresh Air Camp, in 1958-59 by Woodmen of Asheboro on land donated by two Woodmen members; the hosting of camping trips for youngsters at Sportsman Club units at Lake Waccamaw, Camp Lookout, White Lake, and Fort Barnwell; the honoring of safe drivers; the presentation of wheelchairs to those in need; the sponsorship of the American History Awards, a history essay competition and scholarship program; and the presentation to North Carolina schools of The American Patriot's Handbook, containing the Constitution.

North Carolina's Woodmen are also active in disaster relief, a project that began after the western North Carolina lodges were called on to provide assistance to the town and residents of Macon, Ga., following a 1994 flood. Working with the American Red Cross, Woodmen today coordinate donations that are sent wherever they are needed. After Hurricane Floyd hit eastern North Carolina in September 1999, Woodmen filled more than 238 tractor trailers with donated items ranging from clothing and furniture to food and school supplies and distributed the goods to those in need.