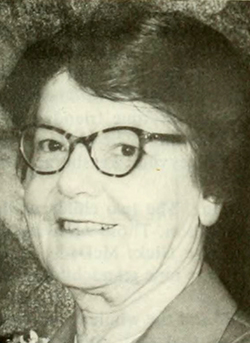 Bessie Octavia Whitted Spence, educator and lay churchwoman, the daughter of Julius Monroe and Ella Frances Howerton Whitted, was born in Durham. She attended the public schools of Durham and was graduated from Trinity College in 1906. Between her graduation and 1913 she taught in the Durham public schools, but during the period 1906–8 she was enrolled in the graduate school of Trinity College and was awarded a master of arts degree in 1908.

Following her marriage in October 1913 to Hersey Everett Spence, she moved to Sanford, where he was pastor of a Methodist church for three years. In 1916 her husband's assignment took them back to Durham, and in 1918 he joined the Trinity College faculty. She soon returned to public school work, serving as dean of girls at Durham High School. Mrs. Spence enrolled at the University of Chicago for the session 1928–29 and earned a bachelor of divinity degree from Duke University in 1929. In subsequent years she did further work at Chicago, Northwestern University, and Columbia University.

In the fall of 1929 Bessie Spence began a career as teacher of biblical literature in the Woman's College of Duke University and in time became the first woman to receive full tenure on the Duke faculty. After forty-four years in the classroom, twenty-one of them at Duke, she retired in 1950 as assistant professor emeritus. A Sunday school teacher for more than thirty-five years, she also spent time counseling students and offering them guidance and assistance in their work.

Bessie Spence served on many academic committees and engaged in public service in the community. She was a popular speaker before religious and literary groups, a talented pianist, and an artist. The Spences had no children, but their home was the meeting place of countless student groups.

When their home in Hope Valley burned in 1962, they gave the site to Duke University; income from the property became the nucleus of an endowment for the Hersey E. and Bessie Spence Chair of Christian Education. She was buried in Maplewood Cemetery, Durham, beside her husband, who had died one week earlier.

Program and Recommendations for the 1974 North Carolina Conference of the United Methodist Church, June 3–6, 1974.