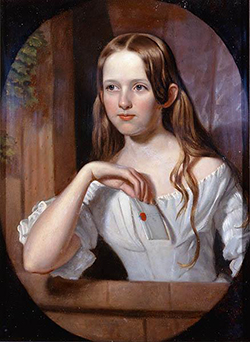 Fabius Haywood Busbee, attorney, was born in Raleigh, the second son of Perrin Busbee (22 Oct. 1816–16 Sept. 1853) and Anne Eliza Gales Taylor (13 Oct. 1825–23 Jan. 1892). Fabius Busbee was fourteen and a student at The University of North Carolina when the Civil War erupted. Two years later he volunteered for service with Company B, Seventy-second Regiment, Third Junior Reserves, in which organization he was shortly elected second lieutenant, becoming thus one of the youngest commissioned officers in the Confederate States. Busbee's unit was called to active duty with General Joseph E. Johnston's army during the winter of 1864–65. Following the surrender of the force to General William Sherman near Durham Station, 26 Apr. 1865, Busbee returned home. He was able to resume his studies at the university, from which he was graduated as class valedictorian with an A.B. degree in 1868. Eleven years later The University of North Carolina conferred an honorary A.M. degree upon him for his work in promoting the successful reorganization of the university in 1875. He became a trustee of the institution in 1883, a post which he held continuously until his death twenty-five years later. In 1871, Busbee received honorary A.M. degrees from Trinity College in Hartford, Conn., and from the College of New Jersey at Princeton.

During his last year as an undergraduate at the university, Busbee studied law; in January 1869 he was licensed to practice. He initially entered into partnership with his older brother, Charles Manly. Soon, however, both brothers joined with Judge E. G. Reade of Raleigh, one of their examiners, to establish the firm of Reade, Busbee and Busbee. At first, Fabius Busbee conducted a general law practice; with the development of corporate interests in North Carolina, however, he devoted his efforts increasingly to corporation law, in which he soon achieved an enviable state-wide reputation. At the time of his death, Busbee was attorney for the Southern Railway, a position he had held for many years.

A lifelong Democrat, Busbee was a North Carolina delegate to the Democratic National Conventions of 1872 and 1892. In the interim, he was designated an elector for the unsuccessful Democratic presidential candidates in 1876 and 1880. Following President Grover Cleveland's first inauguration in 1885, Busbee was appointed U.S. attorney for the Eastern District of North Carolina; he served in this capacity until 1889. These appointments comprise Busbee's formal political career, but they merely hint at the extent of his influence among the leaders of his party throughout the state. His frequent service on state commissions during his life is evidence of the esteem in which his views on many subjects were held.

Busbee was considered by his contemporaries an exceptionally fine, at times eloquent, speaker. He was said to be forceful in expression, though occasionally nervous. He was considered generous and public-spirited and was thought to have a special fondness for literature. In 1880 he published Busbee's Criminal Digest.

Busbee's numerous fraternal and professional society memberships included the Chi Phi Fraternity, Confederate Veterans, American Bar Association, and the Masonic Order, of which he served as grand master for North Carolina in 1885–86.

Enroute to Seattle, Wash., in late August 1908, to attend a meeting of the American Bar Association, Busbee was taken ill in the Yellowstone National Park. He continued his journey to its destination, where his worsened condition, diagnosed as Bright's disease, required hospitalization. A few days later Busbee succumbed in Minor Hospital in Seattle.

Following the return of his remains to Raleigh, Busbee was honored at Christ Episcopal Church in a memorial service attended by his relatives and his many friends, including Governor Robert B. Glenn, the council of state, Chief Justice Walter Clark, and other high officials. Burial took place at Oakwood Cemetery in Raleigh. A portrait painted by his nephew, Jacques Busbee, is in the possession of a great-grandson, Richard Busbee Phillips of Sloatsburg, N.Y.