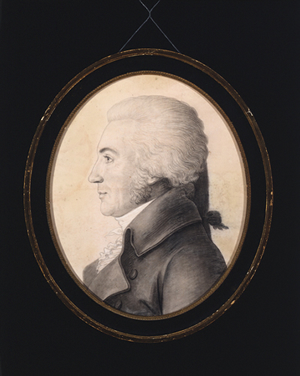 The Revolutionary War battle of Wahab's Plantation took place on 21 Sept. 1780 between present-day Monroe, N.C., and Lancaster, S.C. Earlier in the month the British army, commanded by Lord Charles Cornwallis, had moved north from Camden, S.C., into the Waxhaw area of North Carolina and South Carolina to secure provisions from civilian farms. During an outbreak of malaria, the British had encamped to gather food and allow their sick to heal. The infamous commander of the British Legion, Lt. Col. Banastre Tarleton, was himself incapacitated by yellow fever and confined to bed. He transferred command of his troops to his deputy, Maj. George Hanger, who led the men during the Battle of Wahab's Plantation.

Young Patriot leader William Richardson Davie, who had grown up in the Waxhaw area, decided to ambush the British and Tory troops as they ravaged the countryside. In the early morning of 21 September, Davie skirted the right flank of Cornwallis's larger armed force encamped on Waxhaw Creek. He learned that the British Legion, recruited from Loyalist colonists, had quartered at the plantation house of Patriot militia captain James Alexander Wahab (or "Wauchope"). About daybreak, as the British sentries were changing, Davie attacked the plantation house through the heavy cover of a cornfield. With only 150 men, Davie used a hit-and-run tactic against the 300 to 400 British soldiers. This move was made even more risky by the encampment of the 71st Highland Regiment (Fraser's Highlanders) overlooking the plantation. Knowledge of the topography and a stealthy advance enabled Davie's force to attack and retreat by the time the reinforcements of the 71st Regiment could arrive. Davie's only loss was 1 man wounded, reportedly by friendly fire, compared to Hanger's 15 or 20 dead and about 40 wounded. By his own account, Davie also managed to capture 96 horses and 120 stands of arms, although other sources list fewer. The plantation was burned by the British in the aftermath of the battle, as was customary, and Cornwallis subsequently moved his troops to Charlotte, where they clashed again with Davie.

Though a small confrontation in the Revolutionary War, the Battle of Wahab's Plantation is particularly representative of the war in the South. Patriot colonists fought Loyalist colonists at the very home of one of the combatants. Whereas Hanger was English, Davie had grown up in a frontier Presbyterian community of Scotch-Irish who formed the basis of his troops, and he led them more by charisma and trust than according to any strict military training. The sudden attack and retreat tactic, akin to Francis Marion's in South Carolina, is also indicative of the different manner of fighting in the southern theater.