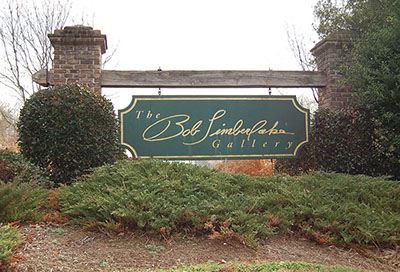 Bob Timberlake is a renowned painter and furniture designer. He famously has had no formal art education, but is noted for his intricate attention to color and detail in his paintings as well as his bestselling furniture line.

Born Roberts Edgar Timberlake, he grew up in Lexington, North Carolina and graduated from the University of North Carolina at Chapel Hill in 1959. He worked as an executive for several local businesses for many years until being inspired to follow his true passion and become a professional painter.

He began in 1970, and within the year had a one-person exhibit at the Southeastern Center for Contemporary Art in Winston-Salem. The exhibit sold out; the first time in the Gallery’s history. Another prominent exhibit in 1973 at the Hammer Galleries in New York City sold out before it even opened, another gallery first.

Since then, Timberlake has exhibited in prominent galleries around the world. In 1975 he was named the official artist of Keep America Beautiful, Inc., a project for which he was honored by Presidents Carter and Reagan in the White House and even Prince Charles in Buckingham palace. Timberlake later designed four stamps for the US Postal Service and released seven books of his artwork.

Change came for Bob Timberlake when he decided to delve into the world of furniture design and manufacturing. In 1990 he released his ‘World of Bob Timberlake’ furniture collection through his newly formed company Bob Timberlake, INC. The line became the bestselling furniture line in the history of furniture. This, in addition to subsequent lines, has grossed Bob Timberlake, Inc. over 1 billion dollars in wholesale sales. Timberlake has since branched out and licensed products with more than 20 manufacturers in areas of home textiles, furnishing accessories, building products, and even apparel.

In 1990 Governor James Martin awarded Bob Timberlake the North Carolina Award, the state's highest civilian honor. In 2006 Governor Mike Easley also awarded him the Order of the Long Leaf Pine for over 30 years of North Carolina service. Timberlake was inducted into the Furniture Hall of Fame in 2010. He continues to live in Lexington, North Carolina with his wife and three children.