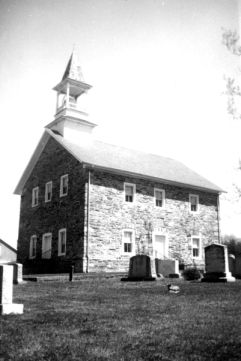 Because of doctrinal differences, two movements developed from the Protestant Reformation of the sixteenth century: followers of Martin Luther formed Lutheran congregations in Germany, the Scandinavian countries, and Iceland; and adherents of John Calvin and Ulrich Zwingli established churches in parts of Germany, Switzerland, the Netherlands, France, and Scotland. The pressures of religious persecution, wars, and famine soon forced many persons of both the Lutheran and Reformed traditions to seek out the broad lands of the New World.

In 1690 French Protestants fleeing Catholic persecution migrated to the Pamlico Sound region of North Carolina. They settled in Bath but never organized a congregation. Christoph Graffenreid (later, Baron von Graffenreid) led a contingent of Swiss and German Reformed settlers to the Carolina coast in 1710. They founded a town on the Neuse River, naming it New Berne in honor of Berne, Switzerland. Indian attacks destroyed the colony, however, and the survivors joined the Scottish Reformed (Presbyterian) Church.

In the 1730s land-hungry Scotch-Irish Presbyterians from Pennsylvania turned their eyes south to the fertile lands of the Valley of Virginia. Some, after stopping for a season in Virginia, continued down the Great Wagon Road to the Carolina backcountry. German settlers, both Lutheran and Reformed, followed them a decade later, settling in the rolling lands at the foot of the North Carolina mountains, from the present county of Guilford south to old Mecklenburg County. Their Moravian cousins settled in the area around present-day Winston-Salem. The Germans of both traditions tended to settle in the same neighborhoods, so they could share their common language and heritage. Many of the earliest churches they built were union churches, in which both Lutheran and Reformed believers worshipped in harmony on alternate Sundays.

There were no resident Reformed ministers for many years, but early German settlers met together for worship in private homes and later began to build log churches. Although they could not participate in the sacraments without a minister, they felt the need to come together to pray, sing, have an educated member read a sermon, and share common concerns. The first Reformed people in North Carolina were aided by occasional missionary visits from Christian Theus, a Reformed minister who lived in South Carolina. A Swiss minister, James Martin, came among them in 1759, followed by a French Reformed minister, Richard Du Pert (Dupert) in 1764.

North Carolina's earliest German Reformed churches included Grace (Lowerstone) Evangelical and Reformed Church in Rowan County. It claims an organization date of 1745, when the church was known as "Hickory Church." Pilgrim (Leonard's) Church in Davidson County was organized about 1757, and a membership list for Cold Water Church in present-day Cabarrus County dates from 1766. Although the list of members for Cold Water is of uncertain origin, the legendary Reformed minister Samuel Suther preached there for Governor William Tryon when he visited the region in 1768. Suther brought cohesion to the Reformed churches of central North Carolina, preaching throughout the Piedmont region. He moved to the Orangeburg District of South Carolina in 1786, and died there.

Mt. Zion (Savitz) Church in Rowan County was built about 1770, closely followed by St. Paul's Church in Catawba County in 1771. During the Revolution, members of the historic Brick (Clapp's) Church in Guilford County built a large schoolhouse to use as a church. Prior to that time, the Reformed people in Guilford County had worshipped with the Lutherans in Low's Church. Beck's Church in Davidson County is another prerevolutionary Reformed congregation, although the deed for its property dates from 1787. The faithful of Stanly County held worship services at Beck's Church long before they built the Bethel (Bear Creek) Church in 1806.

During the years following the Revolutionary War, German immigration declined and church membership suffered. Much of the credit for the survival of the Reformed Church during that period goes to the Reverend Andrew Loretz, a Swiss minister who preached throughout the German communities of North Carolina and South Carolina.

In 1831, the 17 North Carolina Reformed congregations formed the North Carolina Classis. By 1843 all of the congregations had a regular pastor. The classis withdrew from the Synod of the Potomac in 1853, due to disagreement with the theological doctrines taught at the Mercerburg Seminary, but rejoined the synod in 1866.

The Classis started a "high school" in Newton in 1851 and also supported Claremont Female College near Hickory. The school in Newton grew into Catawba College; in 1925, it moved to a new location in Salisbury and has prospered there. Nazareth Orphans' Home in Rowan County was opened in 1906.

James I. Good, History of the Reformed Church in the U.S. in the Nineteenth Century (1911).