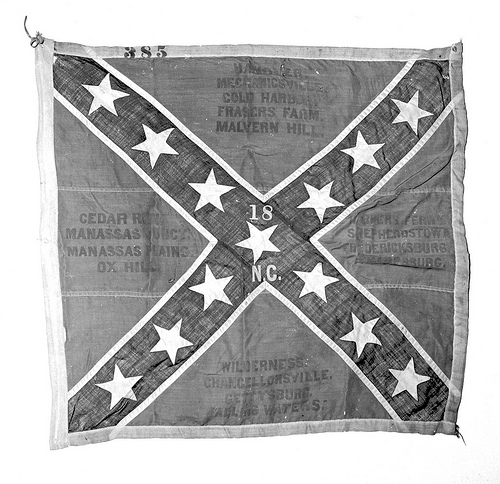 In North Carolina, the reaction to Abraham Lincoln's election to the presidency was unlike that of the large slaveholding states in the Lower South. Most North Carolinians believed that their state should adopt a wait-and-see policy regarding the new Republican president, and on 28 Feb. 1861 voters rejected a convention to consider secession. The political mood in North Carolina turned in favor of secession only after Lincoln called for troops from the state in April to help suppress the "southern rebellion." Most North Carolinians refused to fight fellow southerners.

The earliest instance of Confederate military service by North Carolinians is that of two young Halifax County friends, Whitmel Hill Anthony and Jacob Higgs. When South Carolina seceded from the Union on 20 Dec. 1860, Anthony, age 17, was the cadet major and Higgs, age 19, a cadet captain at St. Timothy's Hall, a military academy in Catonsville, Md., run by an abolitionist Episcopalian minister but a hotbed of southern sympathies. The two boys traveled by rail to Charleston, where they joined the Palmetto Guard and served on Morris Island training a battery near Fort Sumter. Initially in the service of South Carolina, they became soldiers of the Confederacy in February 1861, when its constitution was ratified in Montgomery, Ala. They served through the bombardment of Fort Sumter on the night of 11-12 April, and when North Carolina began raising regiments soon afterward, they returned to Halifax County to join military companies in their home state. Anthony was elected first lieutenant of the Halifax Light Infantry and later commanded Company B, 1st North Carolina Cavalry. Higgs rose to the rank of sergeant in the Scotland Neck Mounted Riflemen. Both men survived the war.

North Carolinian Henry Lawson Wyatt was the first Confederate soldier killed in action in the Civil War. Wyatt, from Tarboro, was a 19-year-old private in Company A, 1st North Carolina Volunteers, commanded by Col. Daniel Harvey Hill. On 10 June 1861 the regiment fought a battle at Big Bethel Church, Va. Wyatt was one of six soldiers who volunteered to burn a house sheltering Union sharpshooters. As the men approached the house, Wyatt was shot in the head and died a few hours later. A plaque on the Virginia battlefield and a statue on Union Square in Raleigh commemorate his sacrifice.