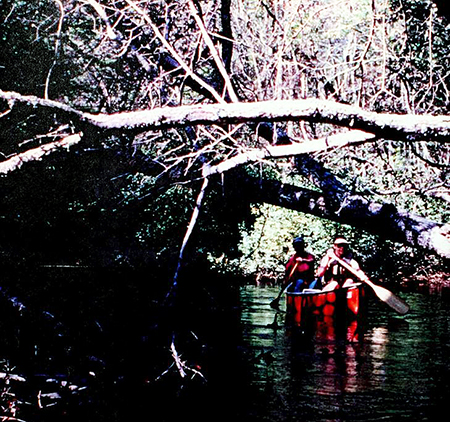 History of the Lumber River Area

Flowing through four counties of North Carolina's Coastal Plain and then into South Carolina, the 130-mile long Lumber River has a long history of significance for settlements located along its banks.

Indigenous peoples lived in the area beginning as early as 20,000 B.C. The earliest Native Americans were nomadic, with village settlement and subsistence agriculture developing later throughout the Archaic and Woodland Periods.  By the time of European exploration and settlement, several groups lived in the Coastal Plain area, representing four linguistic groups known to have populated the region -- Siouan, Iroquoian, Algonkian, and Mukogegan. And by the 18th century, tribes including the Waccamaw and ancestors of today's Lumbee tribe had settled on the river's banks, as they abandoned territories farther east during European encroachment.  Numerous Native American archeological sites have been found in the area, with a number particularly in Robeson County having significant archeological importance. And today the majority of the state's Lumbee tribe live in Robeson County.

In the 1730s, Scottish immigrants began to settle near areas of the river in what is now Scotland County. Following the American Revolution, the area's economy became dominated by naval stores industries, with the area providing both the raw timber and the river as a means for transporting logs downstream. Princess Anne was one of the earliest communities, located on a bluff above the river where the park's current headquarters are located, and was chartered in 1796 as the second town in Robeson County.  Although the town no longer exists, it was the first inland town established by settlers traveling up the Lumber River from South Carolina. Settlers chose the bluff location to avoid flooding and for its excellent landing on the river. The town is preserved now only as the name of the road that leads to the river.

Establishment of the State Park 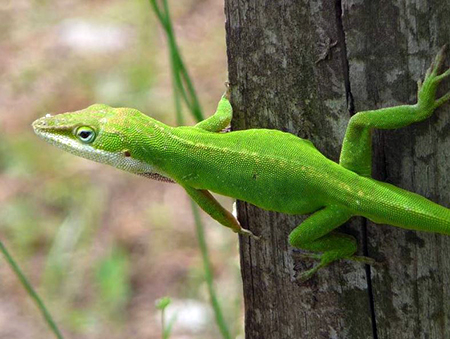 The effort to establish a state park around the Lumber River acknowledged both its significance to human history and natural heritage. As the only North Carolina black-water river to earn federal designation as a National Wild and Scenic River when the park was established, efforts began with the establishment of the corridor as the state's first recreational water trail in 1978.

In 1981, it was established as a national canoe trail, and the lower Lumber River was designated as a state canoe trail in 1984. The persistent interest of the Lumber River Basin Committee and other public interest groups including the Indian Unity Conference contributed to the park's development. In 1989, the General Assembly established the Lumber River as a state natural and scenic river and also as the first state park created under the 1987 State Parks Act (G.S. 113-44.7-113.44.14).

Although the state park was created in 1989, it would exist by virtue of the river and in name only until the first park land was acquired in 1991.  The original land was acquired from The Nature Conservancy, with 319 acres in December 1991 and another 218 acres in July 1992. By 1998, the first park facilities had been established at Princess Anne with a picnic area, campsites, and trails.

The Lumber River Conservancy was instrumental in land conservation efforts along the river, and partnership with the state park and other programs including the Clean Water Management Trust Fund and the Natural Heritage Trust Fund resulted in the addition of parklands. Today the park includes more than 11,000 acres.

In 1998, following petition by Governor James B. Hunt, the Lumber River was also given federal status as a National Wild and Scenic River. In the fall of that year, the federal designation and opening of the state park were celebrated at the Princess Anne site.

A rich diversity of plants is found in and along the Lumber River as it winds from the sandhills to the coastal plain. Wildflowers including mountain laurel, wild azalea, swamp mallow, spider lily and native wisteria can be seen from the river. Bald cypress, tulip poplar, river birch and water elm are found in the swamp forest. Several rare plants, including sarvis holly and Carolina bogmint, grow along the river. Wildlife include alligator, the Cape Fear chub, rare invertebrates, the endangered red-cockaded woodpecker and two rare frog species, the pine barrens treefrog and the river frog.