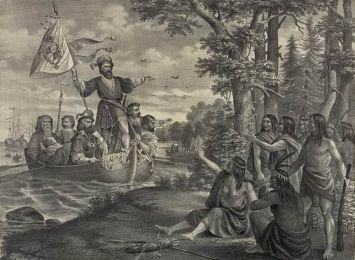 Beginning in the fifteenth century, the European powers of France, Spain, Portugal, and England launched several voyages to explore the New World, including the region that would become North Carolina. Their initial motivation was primarily economic: after the "discovery" of America by Christopher Columbus in 1492, several navigators followed in his wake searching for the riches of the Orient. National rivalries soon began to fuel the quest to discover and acquire the treasures of new lands and create colonies that would serve as financial boons to the mother country. Spain and France became early leaders in the race to explore and colonize the New World. England, by contrast, did not develop a significant interest in exploration and settlement until the reign of Queen Elizabeth I in the second half of the sixteenth century.