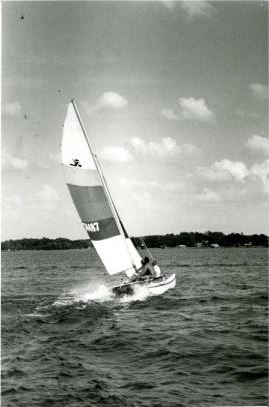 The area surrounding the Catawba River is rich in history. Artifacts including pottery shards, flint chips and arrowheads, as well as burial sites near the river, indicate the presence of Native Americans long before European settlement.

The Catawba Indians had an estimated population of 5,000 in 1600, but their number declined steadily due to disease and warfare with Iroquoian tribes. By 1760, the tribe was reduced to 60 fighting men. And in 1762, the Catawba left the area and moved south.

In the mid-18th century, Fort Dobbs was built to protect area settlers during the French and Indian War. Daniel Boone helped to defend this fort against the Cherokees. During the Revolutionary War, Lord Cornwallis set up a camp in the area and a skirmish was fought at Cowans Ford, an area now covered by Lake Norman.

Lake Norman was created from 1959 to 1964 when Duke Power Company built the Cowans Ford Dam across the Catawba River to generate electrical energy. The creation of the lake led to further industrialization of Mecklenburg County, helping establish Charlotte as a major trade center.

The park was formed in September, 1962 when Duke Power Company donated 1,328 acres of land on the northeastern shore of Lake Norman for a state park.

All of the fields cultivated by past residents of the 18th, 19th and 20th centuries have been reforested by pines through natural succession and intentional planting. Today, the park is comprised of a mix of pine and hardwood forests. Due to severe storms and infestation by southern pine beetles, the pine forest exists as smaller pockets surrounded by a forest of hardwoods. Hickories, sweet gum, red maple, dogwood and oaks are the prevalent species. Mountain laurel, wild hydrangea, box elder, strawberry bush and other small trees and shrubs comprise the understory.

Stream banks are dominated by sweet gum, ironwood and river birch while beech may be found in the coves. Alder and willow thickets grow along the lake's edge, and marsh communities include a variety of grasses, rushes and sedges.

Though most of the park's animal species are rarely seen, at least 35 species of mammals have been found in the area around the park. Upland communities are home to coyotes, Virginia opossum, eastern cottontail, gray squirrel, red and gray foxes, and white-tailed deer, as well as the eastern mole and several species of shrews and mice. Muskrat and raccoon may be seen in the marshes along the creeks and lake.

Amphibians and reptiles are abundant and diverse. Frogs, turtles and water snakes inhabit wetlands along the creeks and the perimeter of the lake. Most of the snakes found in the park are harmless and seldom seen. However, the venomous copperhead lives in the park.

Bird life in the park is typical of the Carolina piedmont. Carolina chickadees, pine warblers, rufous-sided towhees and bobwhites make their homes in the uplands. Red-tailed hawks are common, and wild turkey and osprey also may be seen near the lake. 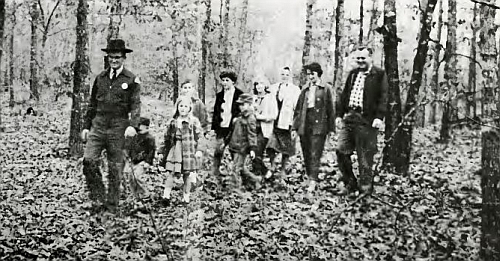 The waters of Lake Norman attract a variety of waterfowl. Mallards, wood ducks, teal and other ducks, as well as geese, may be seen during certain seasons. Wading birds, including great blue herons, green-backed herons and egrets, may be encountered along lake shallows in summer. Shorebirds rest in these areas during spring and fall migrations. A 3,000-acre waterfowl refuge is located south of Cowans Ford Dam.