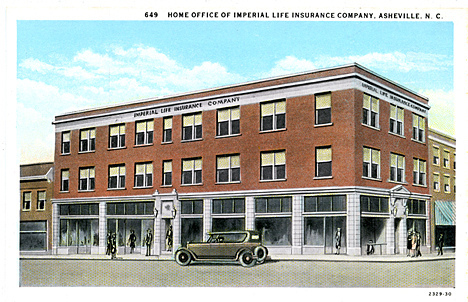 North Carolinians, both white and black, relied on fraternal societies, voluntary assessment associations, and mutual benevolent societies for burial insurance and sick benefits throughout the nineteenth and early twentieth centuries. Enslaved people organized insurance societies as early as the 1840s to provide for burials. After emancipation, these societies continued to flourish. Wealthier white citizens also organized state-chartered legal reserve companies. These white companies determined that blacks were not profitable customers due to higher death rates at each age, lower life expectancies, and lower policy renewal rates. As a result, the insurance industry remained highly segregated until the 1960s, when black leaders began emphasizing integration of predominantly white institutions rather than strengthening black institutions. The number of black insurance companies nationwide declined from 42 in 1973 to 39 in 1975, 23 in 1993, and a mere 13 by 1998.

North Carolina Mutual Life Insurance Company of Durham was founded in 1899 as a mutual assessment association. In 1913 it was the first black mutual assessment association nationwide to convert to a more financially accountable state-chartered legal reserve status. The company survived the Great Depression, which caused the collapse of many American insurance companies, to emerge in 1939 as the largest black-owned company in the nation.

In 1899 the state legislature established the North Carolina Department of Insurance; before that time, the secretary of state had overseen the licensing and regulation of the state's insurance companies. Over the years, insurance fraud has been a major concern of the industry. The Department of Insurance continually investigates and seeks to thwart fraudulent claims. In 2000, for example, the state achieved approximately 30 criminal convictions, representing more than $17 million in savings for the industry and consumers.

The combined category of insurance, finance, and real estate in the early 2000s employed between 4 and 5 percent of North Carolina workers, with businesses concentrated in Charlotte, Greensboro, and Durham. In addition to Mutual Life of Durham, some of the state's most notable insurance companies in 2006 were Jefferson-Pilot Corporation of Greensboro, a diversified nationwide company; Blue Cross and Blue Shield of North Carolina, a medical service and hospital corporation serving more than 2.9 million members; North Carolina Farm Bureau Mutual of Raleigh, a statewide agricultural insurer; Integon Indemnity and Specialty Insurance Companies of Winston-Salem; and Builder's Mutual Insurance of Raleigh. Most national insurers maintained facilities in North Carolina, including Royal and Sun Alliance and Kemper Insurance, both with major facilities in Charlotte.