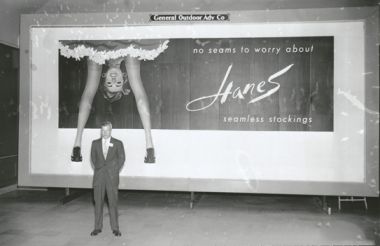 In 1872 Pleasant Henderson Hanes organized P. H. Hanes Tobacco Company in partnership with a younger brother, John Wesley, and a Davie County friend, Maj. Thomas Jethro Brown. When the business burned in 1874, Brown left the organization and was replaced briefly by another of Pleasant's brothers, Benjamin Franklin. Pleasant traveled to promote the tobacco market while John Wesley remained at the plant to attend to the manufacturing process. After the brothers sold the tobacco business to R. J. Reynolds in 1900, they entered the textile business.

I have a letter dated june

I have a letter dated june 1859 from general Robert e lee to a major hanes asking if a horse and bridle uniform had been adopted and if so would you send me a set to headquarters. I believe major Hanes is Pleasant Henderson Hanes father of John Wesley Hanes, P.H.Hanes Knittng co but I can find no information on the Hanes producing military uniforms. If you have any information on this subject could you let me know. Thank you for your time Wingate Lucas

I suggest you contact the company directly at https://www.hanes.com/corporate. They may have a history of the company and types of goods produced in the past.

Writing from the Sunny shores of Florida. With light squalls here and there, Florida in Hollywood couldn't be better. New Businesses opening everyday and a loving hospitable community that loves its tourists, is kind to them.

Calling to see if the glitch in the accounting has been sorted. My records reflect that Hanes Puerto Rico still owes us $3000.

Please note this is not the

Please note this is not the site for Hanes Brand, but rather an article about them. Their website is located at https://www.hanes.com/corporate.