Special education, also known as "education of exceptional children," has had a long history in North Carolina. 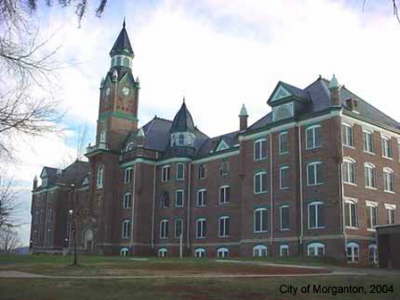 Exceptional children are those "who deviate from what is supposed to be average in physical, mental, emotional or social characteristics to such an extent that they require special educational services in order to develop their maximum capacity." From as early as 1816, people pushed for an institution for deaf and blind students. In 1845 Governor John Motley Morehead finally convinced the legislature to establish and fund in Raleigh a school for poor, white, blind and deaf students. The first school for African American deaf and blind students in America opened in 1869 in Raleigh. In 1892 Edward McKee Goodwin convinced the state legislature to separate the school for blind and deaf students into two-one for the blind, to remain in Raleigh, and one for the deaf, to be located in Morganton. All three schools emphasized vocational training over academic training. In 1963 they were integrated.

Other residential schools serving individuals with various handicaps sprang up across the state to help children who needed more care than could be supplied at home or in the public schools. The Stonewall Jackson Manual Training and Industrial School opened in 1908 for juvenile delinquents, and in 1911 the Caswell Training School was opened for youngsters who were severely mentally retarded. Eventually, a number of state-supported institutions were established, housing children with various disabilities too severe for them to be adequately served in the public schools.

By 1947 the General Assembly passed Chapter 818 of the Public School Laws, which founded statewide programs for special education in North Carolina. In 1948 the Division of Exceptional Children was established in the Department of Public Instruction. Funding for exceptional children was begun in the school year 1949-50, with 25 teaching positions in public schools spread across the state. From 1949 until 1974, special education teachers worked to serve as many exceptional students as possible using several methods, including classes within public schools, special schools, guided home instruction, and state institutions. In 1974 the federal government passed the Education of All Handicapped Children Act, which changed the way North Carolina and all other states served exceptional students. The act gave federal money to the local education agencies that followed their rules and provided a free, appropriate education to all children by September 1978.

In the 1990s the categories of exceptional students served in the public schools included specific learning disabled; educable mentally handicapped; trainable mentally handicapped; severely/profoundly mentally handicapped; orthopedically impaired; other health impaired; visually impaired; hearing impaired; speech impaired; behaviorally-emotionally handicapped; autistic; multihandicapped; deaf-blind; preschool developmentally delayed; and traumatic brain injured. In 1997 the federal Individuals with Disabilities Education Act was signed into law. The act's requirements include that all students take part in state or district testing, that exceptional children have greater participation in their required individualized education programs, that parents participate in placement decisions, that children are not to be automatically retested every three years, and that discipline for misbehavior involves educating students in alternative settings, if necessary.

Katherine Crichton Alston Edsall, State School for the Blind and the Deaf: A Century of Growth (1945).