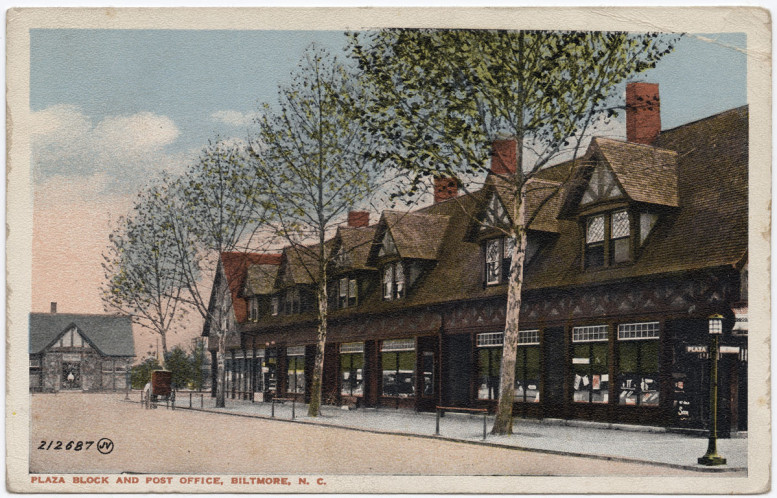 When European powers established colonies in the New World, they often gave significant attention to town planning, especially the selection of sites for towns and their designs. In North Carolina most colonial towns-including Bath, New Bern, Beaufort, Edenton, Brunswick, and Wilmington-were laid out in a rectangular grid oriented toward the waterfront. Raleigh, the capital city laid out in 1792, was also a gridiron, but had a distinctive design with a central square for the capitol building and four additional squares.

To control the physical development of towns, the colonial Assembly passed numerous regulations. The concept of planning towns common in the eighteenth century gave way in the nineteenth century to laissez-faire and haphazard urban development. A concern for planning reemerged in the late nineteenth and early twentieth centuries, when a significant number of planned communities were developed by private enterprise. In North Carolina these included mill villages, resort towns, and suburbs.

Two outstanding planned communities were Pinehurst, a resort town, and Biltmore Village, a residential and business area for Biltmore Estate workers, both designed by Frederick Law Olmsted and his firm in the 1890s. After 1900 some suburbs were also developed with carefully planned layouts. One of the best examples was Myers Park in Charlotte, begun during the 1910s and designed by Bostonian John Nolen with the assistance of Earle S. Draper, a landscape architect from Charlotte. Both of these designers achieved national prominence-Nolen as the designer of many extraordinary neighborhoods and Draper as a similarly successful designer as well as the head of planning for the Tennessee Valley Authority and the director of the Federal Housing Authority. In North Carolina, Draper planned such early twentieth-century communities as Hayes-Barton in Raleigh, Emerywood in High Point, and Irving Park in Greensboro.

Draper also did extensive work in the planning and redesign of mill villages during the late 1910s and 1920s. Before then, mill villages, or "company towns," were often hastily constructed and poorly designed, but more attention was paid to design and landscaping after 1915 as a result of the City Beautiful movement. The first phase of the public city planning movement, the City Beautiful movement began in the 1890s and emphasized classical architecture for public buildings, the development of parks, and the planting of trees. The main leaders of the movement were women's clubs. The Woman's Club of Raleigh hired Charles Mulford Robinson to draw up the first modern city plan in the state in 1913, but women lacked the means for implementation since they did not have the vote. Draper employed many of the principles of the City Beautiful movement in his designs for new or existing mill villages, including Spindale, Rowan Cotton Mills, and Richmond Cotton Mills in Laurel Hill.

The second phase of the public planning movement, the City Useful movement, which emphasized well-planned street systems, efficient and economical city government, adequate water and sewage systems, and rational land development, was supported by many chambers of commerce. By 1917 the chambers of larger cities had city planning committees. Chambers encouraged municipalities to appoint city planning commissions, as was done first in High Point in 1917. In 1919 the General Assembly passed an enabling act that officially provided municipalities with the legal power to establish city planning commissions, and by 1930, 12 cities in the state had done so. City planning became a part of government because of the strong support of chambers of commerce and other civic groups and because it seemed a rational approach to the rapidly increasing urban population and the expanding presence of automobiles in the 1920s.

City planning commissions, composed of volunteer citizens who usually had little technical knowledge of city planning, often contracted with a planner or engineer for a plan. Before 1930 Asheville, Durham, and High Point had comprehensive plans prepared and other cities had specialized transportation or zoning studies done. The plans emphasized better street systems, attractive settings for public buildings, the development of parks, and zoning.

In 1923 the General Assembly passed a statewide enabling act for zoning. Zoning had been recommended by professional planners and was promoted by chambers of commerce and some municipal officials. By 1930 at least eight cities had zoning laws. City planning commissions often handled zoning appeals and reviewed plans for new subdivisions, which left little time for long range planning.

The New Deal and World War II put unprecedented emphasis on planning at all levels of government. The National Planning Board was created in 1933 to prepare a national public works program, and a state planning board was appointed in 1935. The North Carolina State Planning Board encouraged the development of local planning boards and extended numerous aids to them, especially between 1944 and 1947. The first city in the state to hire a full-time professional planner was Durham in 1944. Other organizations that actively promoted city planning in the 1940s were the North Carolina League of Municipalities, chambers of commerce, women's clubs, and the Department of City Planning at the University of North Carolina at Chapel Hill (established in 1946 as the first such department in the South). In 1946 the number of local planning boards in the state was over 100. By 1950 the state's five largest cities had professional planners, and gradually smaller cities hired planners as well.

By the 1960s, North Carolina had a complex hierarchy of planning boards, including city, county, joint city-county, regional, and state. The concept and practice of city planning continued to evolve, but planning had become an accepted part of local government in North Carolina-a continuous process with full-time professional planners and broad goals. By the 2000s, in North Carolina as in other states, addressing the environmental, economic, and social issues resulting from urban sprawl-the tremendous expansion of North Carolina's larger urban areas-had become one of the profession's greatest challenges.

John W. Reps, The Making of Urban America: A History of City Planning in the United States (1965).

Public laws and resolutions of the State of North Carolina passed by the General Assembly at its session of...[1919], North Carolina Digital Collections: http://digital.ncdcr.gov/u?/p249901coll22,228595.