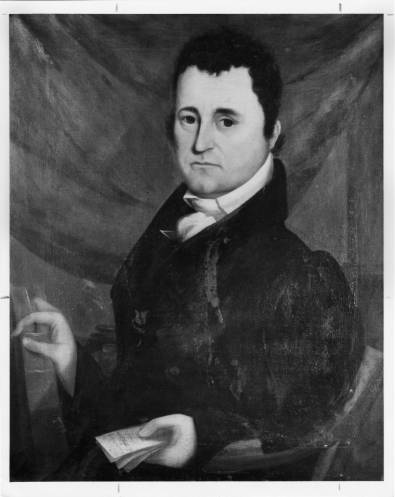 Bartlett Yancey, lawyer, congressman, and longtime state senator, was born at the Yancey family homestead in Caswell County, now within the limits of the county seat, later (1833) named Yanceyville in Bartlett Yancey's honor. He was the tenth child of Nancy Graves and Bartlett Yancey, Sr. Of Welsh extraction, his father was a semi-invalid who was unable to do any physical labor such as farming and eked out a living for his large family by teaching in country schools.

As a lad Yancey attended the neighborhood school near his home. At age fifteen he taught in the school for one term, performing his duties so well that he was invited the next year to teach in the academy located at the county seat. For two years he taught there and studied Latin and mathematics under the principal, the Reverend Hugh Shaw. When Shaw resigned in 1803, Yancey succeeded him as principal at an annual salary of $200, most of which he saved in order to finance his college education.

In 1805 Yancey enrolled at The University of North Carolina over the strenuous objections of his mother, who was convinced that no young man who attended the university was "ever of any account afterwards." After two years he left the university for the home of Archibald D. Murphey, under whom he studied law. On receiving his license, Yancey borrowed enough money from his brother James to open a law office in his native Caswell County in 1809.

Yancey possessed a rare personal magnetism, and that combined with his great legal skill, common sense, and powers of persuasion within a short time made him one of the most successful lawyers in the state. Soon he was able to pay off his debts and build a fine home, where he dispensed a generous hospitality. In 1813 he decisively defeated his former teacher, Archibald D. Murphey, in a race for Congress, receiving all but three of the votes cast in Caswell County. Elected as a Republican and a War Hawk, Yancey took his seat on 3 June 1813 and shortly became one of the House's leading members. Appointed during the second session to the Committee on Claims, he became chairman of the committee in the third session when Stephen Archer left that position to become chairman of the Committee on Ways and Means.

In the House Yancey was intimately associated with John Quincy Adams, John C. Calhoun, and Henry Clay. According to tradition, Speaker Henry Clay frequently called upon Yancey to preside over the House in his stead, a responsibility that Yancey discharged with great efficiency. Another of his intimates in Congress was Nathaniel Macon, already a friend of long standing. Yancey often differed with Macon on specific issues, however, and they frequently voted on opposite sides.

At the end of his second term Yancey refused to be a candidate for Congress again, as he wished to give more time to his law practice in order to support his growing family. Economic considerations also dictated his refusal in 1818 of an appointment to the superior court bench by Governor John Branch. In 1826 he similarly declined President John Quincy Adams's offer to name him U.S. minister to Peru. Yet the demands of Yancey's law practice did not prevent him from serving as Caswell County's representative in the North Carolina Senate from 1817 to 1827. During his first term he was unanimously elected speaker of the senate, and he held the position by successive unanimous elections until the end of his legislative service.

Yancey played a prominent role in almost all the important political developments of his time. He was extremely influential in obtaining the legislation that created the North Carolina Supreme Court, and he deserves much of the credit for reorganizing the office of the state treasurer and for reforming the method of selecting trustees for The University of North Carolina. Against the advice of his friend Nathaniel Macon, he earnestly advocated federal aid to finance internal improvements. Yancey shares with his mentor, Archibald D. Murphey, much of the honor for taking the first steps towards the establishment of public schools in North Carolina. In 1825 the legislature enacted a bill, drawn by Yancey and introduced into the senate by Charles A. Hill, that created a Literary Fund, from special sources, which was to be used to establish common schools when the fund had become sufficiently large.

Yancey was an early proponent of constitutional revision to grant the western portion of the state representation in the General Assembly commensurate with its population. Although this reform was not finally achieved until 1835, seven years after Yancey's death, his support of their cause was not ignored by grateful westerners, who in 1833 named a new county in his honor. In addition, Yancey was a trustee of The University of North Carolina for eleven years (1817–28). He had long wished to serve in the U.S. Senate, and had his own death not intervened, he would probably have been chosen to replace John Branch in the Senate when Branch became Andrew Jackson's secretary of the navy in 1829.

On 8 Dec. 1808 Yancey married Nancy Graves (1786–1855), a first cousin. They had two sons and five daughters: Rufus Augustus, Algernon Sidney, Frances (Mrs. Henry McAden), Mary (Mrs. Giles Mebane), Ann (m. a Womack), Carolina (Mrs. Temud Mebane), and Virginia (Mrs. George W. Swepson). On Sunday morning, 23 Aug. 1828, Yancey became seriously ill at Greensboro, where the preceding day he had completed a strenuous week in Guilford Superior Court. Against the urging of his friends, he immediately left for home, a distance of fifty-two miles, and arrived at ten o'clock that night. His condition steadily worsened, and he died the following Saturday, only a few days after his election to an eleventh consecutive term in the state senate. Yancey's powerful mind remained clear to the end. As death drew near, he called his wife to his bedside and gave her instructions concerning the future management of his estate and the training of their children. Yancey's portrait was painted about 1810 by an unidentified primitive artist.