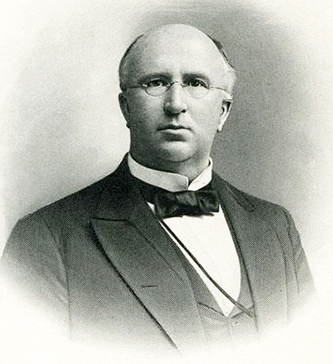 George Tayloe Winston, scholar, educator, and university president, a native of Bertie County, was the second son of Patrick Henry Winston, Sr., and Martha Elizabeth Bird (or Byrd). Like his older and younger brothers, he received much of his early education at Horner's School in Oxford. In 1866, at age fourteen, he entered The University of North Carolina, where he distinguished himself as not only the youngest but also the best student in his class. Winston remained in Chapel Hill until 1868, when classes were suspended due to declining enrollment and the university's increasing economic problems. The next year, by appointment of President Andrew Johnson, he was admitted to the U.S. Naval Academy in Annapolis, Md. Again he excelled in his studies, ranking first among seventy cadets in his class.

Despite his success in the classroom, Winston was unable to adjust to life aboard ship or to overcome bouts of acute seasickness during his training. These conditions forced him to resign his commission in 1870, after which he traveled to New York and entered Cornell University where he focused on foreign languages, literature, and mathematics. He received the university's highest award for Latin scholarship, and in his senior year, due to his exceptional abilities in mathematics, Winston was chosen to assume the teaching duties of a math professor who was away on leave. After graduation in 1874, he remained at Cornell for a year to pursue graduate work and teach mathematics.

With the reopening of The University of North Carolina in 1875, Winston accepted a teaching position on the Chapel Hill campus. Appointed assistant professor of literature at a salary of $1,500 a year, he administered the departments of Latin and German and was elected secretary of the faculty. A year later he was promoted to full professor, and on 5 June 1876 he married Caroline Sophia Taylor, of Hinsdale, N.H., whom he had met at Cornell. They had four children: Hollis Taylor, Patrick Henry, Lewis Taylor, and Isabella Byrd.

Although Winston studied law and had intentions of leaving the university to establish his own law practice, he continued to teach. In 1884 he traveled to Europe to study the culture of ancient Rome. During this time he wrote The Greek, the Roman, and the Teuton. On his return to Chapel Hill, he was appointed presiding professor in the university's enlarged Latin department. In addition to his teaching duties, he was elected president of the North Carolina Teachers Assembly in 1889.

In 1891 Winston was unanimously elected president of The University of North Carolina when Kemp Plummer Battle resigned. The seventh president of the university, Winston was at age thirty-nine among the youngest university presidents in the nation. He was also the first professional teacher to hold this post at Chapel Hill since the institution's first president, Joseph Caldwell. President Winston immediately began an expansion program, instituting changes that strengthened and modernized the school. During his five-year administration the university's income more than doubled, and the student population nearly trebled. Moreover, the university's summer school was also reopened for the first time in ten years. 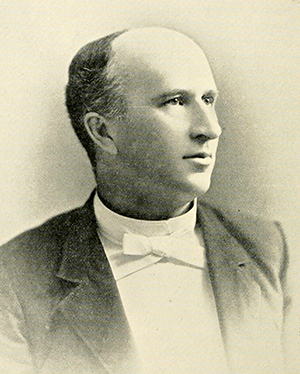 Winston's accomplishments were impressive, especially at a time when the university was unpopular in some powerful political circles and among influential religious leaders, who insisted on a halt to public funding for higher education. These opponents of the state university, which included the presidents of Trinity College (now Duke University) and Wake Forest College, contended that it was not the public's responsibility or the state government's role to educate the masses beyond grade school, that only a few people could benefit by an education beyond elementary school, and denominational schools could better educate men for Christian leadership. Despite this serious and highly vocal opposition, Winston was ultimately successful in convincing the state legislature to continue its appropriations to public institutions of higher learning.

Winston was also a target of dissent by students, many of whom objected to his policies and management style. On the south side of Gerrard Hall, which served for many years as the campus's chapel, disgruntled students painted in bright red letters two feet high "Winston's Military Academy." This graffiti was a sarcastic reference to the iron hand with which Winston led the student body. In addition to strictly policing dormitory life, President Winston had forbidden any intercollegiate sports due to the ill will and brawling that had occurred during athletic contests with rival schools.

In 1896 Winston left Chapel Hill to become the first president of the University of Texas, which had offered to double his salary. But Winston stayed for only three years. Dissatisfied with the pace of administrative and educational reforms that he tried to install and uncomfortable with the general climate of Texas, he decided to return to his native state in 1899, this time to assume the presidency of the North Carolina College of Agriculture and Mechanic Arts in Raleigh (now North Carolina State University). Again, his skills as an administrator led to improvements in the young college's faculty and equipment and in the size of its student body and overall income.

Throughout his career Winston was a tireless campaigner for public education and a frequent lecturer, invited by many institutions and academic societies to express his views on a wide variety of educational and sociological issues. In some of his writings of the early 1900s, he also addressed race relations. Appearing in the July 1901 edition of Annals, published by the American Academy of Political and Social Science in Philadelphia, was Winston's "The Relation of the Whites to the Negroes." In this article he relies on sentimentality rather than detached scientific study to compare and assess the pre–Civil War and postwar conditions of southern blacks. Using personal childhood recollections, he recounts what he perceived as the happier, more secure time of slavery, when the races—both white and black—benefited from the peculiar institution's rigid code of social conduct. With foreboding and unabashed condescension, Winston looks to a "dark and gloomy" future for African Americans if white civilization failed to support and nurture this recently liberated "child race."

Winston remained president of the North Carolina College of Agriculture and Mechanic Arts until 1908, when he retired at age fifty-six with a pension or endowment provided by the Carnegie Foundation. Although he spent time residing in New York and visiting England, he eventually returned to North Carolina to live out the rest of his life. His most significant publication during these years was his detailed biography of Daniel A. Tompkins, A Builder of the New South (1920). In poor health and an invalid in the last years of his life, Winston died of double pneumonia at age eighty in Watts Hospital, Durham. His cremated remains were buried in Asheville.

Snider, William. "One of those Razor Sharp Winstons 1891-1896." Light on the Hill: A History of the University of North Carolina at Chapel Hill. Chapel Hill: UNC Press. 1992. 112-. http://books.google.com/books?id=aKRPWDroJSwC&lpg=PA113&ots=yQz9SHdVMe&pg=PA112#v=onepage&q&f=false

"George T. Winston, LL.D. President of the University of North Carolina." Photograph. A memorial volume of the Guilford Battle Ground Company. Organized May 6, 1887, at Greensboro, N.C. It contains a brief history of the battle of Guilford Court House, an account of the organization and progress of the Guildford Battle Ground Company, biographical sketches, and a full account of the Holt monument and its dedication, July the 4th, 1893. Greensboro, N.C., Reece & Elam, printers. 1893 https://archive.org/stream/memorialvolumeof00guil#page/n113/mode/2up (accessed March 27, 2013).