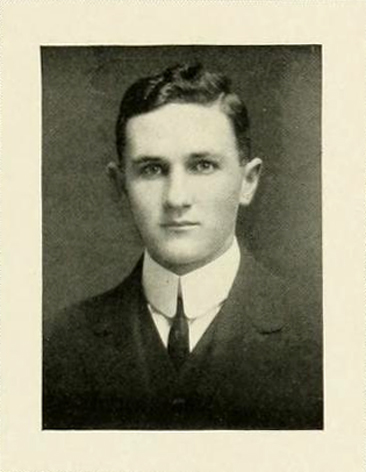 Isham Rowland Williams, attorney and World War I winner of the Distinguished Service Cross, was born in Spout Springs, Harnett County, the son of Marshall McDiarmid, a bank president, and Mary Lyde Hicks Williams of Faison. He attended the Horner Military School and in 1913 was graduated from The University of North Carolina, where he was editor of the student annual, Yackety Yack. Williams taught history at the Bingham School in Asheville during the years 1913–16 while also studying law and then did further work at the university before being admitted to the bar in 1917. He began to practice in Dunn, but with the entry of the United States into World War I he volunteered for service.

Commissioned second lieutenant in the infantry on 26 Oct. 1917, he went overseas with the Third Division and participated in numerous engagements. He was promoted to first lieutenant and then to captain. During the Marne offensive he was severely wounded on 23 July 1918. For his role in the battle he was awarded the Croix du Guerre by the French government and the Distinguished Service Cross and the Purple Heart by the United States. The citation read: "He led a patrol across the Marne river under intense machine gun fire, and when his boat sank, twice swam the river to correct the fire of his covering detachment and to bring his patrol to safety, after their mission had been accomplished." When he had recovered from his wounds he rejoined his unit, serving in Germany with the Army of Occupation until February 1919. Before returning to the United States he enrolled for a law course at Jesus College, Oxford University.

Back home in Dunn Williams resumed his law practice and successively became county attorney, city attorney, and solicitor of the Recorder's Court. He engaged in general civil and criminal practice but largely gave his attention to corporation work.

On 24 Jan. 1924 at Rocky Mount he married Lenoir Mercer; they had two children, Isham Rowland, Jr., and Lenoir (Mrs. Leslie Tucker). A Democrat and a member of the Presbyterian church, he was buried in the family cemetery at Faison.