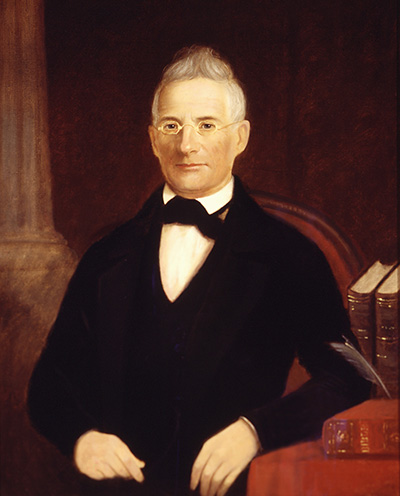 Samuel Wait, Baptist minister, educator, and college president, was born in White Creek, Washington County, N.Y., the son of Joseph and Martha Wait. During his youth the family moved near Middletown, Vt. A convert of the Second Great Revival, Wait prepared for the ministry and in 1816 accepted a call as minister of the Baptist Church in Sharon, Mass. There he married Sally Merriam of Brandon, Vt.

Believing that he needed additional study, in 1819 he began theological studies with Dr. William Staughton, first in Philadelphia and then at Columbian College (now George Washington University) in Washington, D.C. Due to their limited funds, Mrs. Wait remained in New England until 1822, when Wait was employed as a tutor at Columbian. For reasons that are unclear, he received an M.A. degree from Waterville College, Maine, in 1825. While in Washington, the Waits briefly considered being missionaries to the Orient but were dissuaded by her relatives. Eventually, mismanagement of Columbian's finances by Luther Rice, the school's treasurer and a pioneer Baptist missionary, led indirectly to Wait's subsequent move to North Carolina, which he also considered to be a mission field.

In late 1826, to alleviate Columbian's monetary problems, its trustees sent President Staughton and Wait into the South to solicit funds. While in New Bern Wait preached several times for the Baptists, having been given a letter of introduction to the parish by Thomas Meredith, their former minister, who was also a former student of Staughton's. Later, when Rice reasserted his primacy in the college's affairs, Wait resigned his agency and returned to New Bern for a trial pastorate.

In the autumn of 1827 he moved his family to North Carolina, which he noted was largely bereft of religious enlightenment. For the last forty years of his life he worked to improve the religious and educational conditions in his adopted homeland. In 1830, as one of five college-trained Baptist ministers in the state, Wait was instrumental in founding the Baptist State Convention, an organization espousing the causes of missions and an educated ministry. For three years he was the convention's agent, traversing the state with his family in a covered wagon to solicit financial and organizational support.

In 1833 the Baptist State Convention authorized the establishment of a literary institute largely for the training of ministers. To help reduce tuition the convention endorsed a program of manual labor and purchased a farm in Wake County as the site for the school, called the Wake Forest Institute. Chosen principal, Wait had sole responsibility for the care of over seventy students from the time the school opened in early 1834 and until the following year. To demonstrate his regard for the manual labor plan, he worked in the fields with the students. Even so, the work plan was soon scuttled. In 1839, after the legislature had amended the charter, the school became Wake Forest College, of which Wait served as president until 1845.

Often during his tenure, the school's precarious financial condition caused Wait to spend much time traveling to raise funds, a task complicated by the nation's economic problems and by the general indifference of many Baptists. Following his resignation he immediately became chairman of the board of trustees, and in 1849 Wake Forest awarded him an honorary doctor of divinity degree. 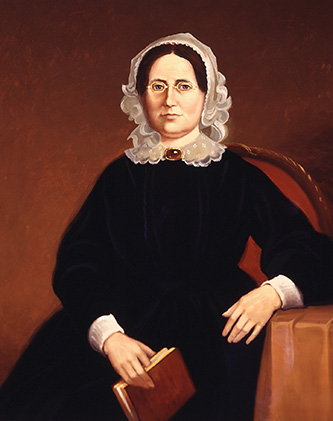 When the Waits moved to North Carolina, their northern relatives frequently criticized them for living in the slave region. Wait maintained that ministers should say nothing about the issue, and Wake Forest enslaved a few people. After the creation of the Southern Baptist Convention in 1845, he declined an overture to accept appointment as secretary of a convention mission board. Instead, he remained in North Carolina as minister in several parishes from 1845 to 1851. He later called this the happiest period of his life. In 1851 he returned to education as president of Oxford Female College, a post he held until his retirement in 1857. He then moved to Forestville, where he resided for the rest of his life.

Still possessing physical vigor and intellectual clarity, Wait in 1858 evidently considered accepting the presidency of Mississippi Female College in Hernando, Miss. During the Civil War he continued to be active in Baptist association matters as well as chairman of Wake Forest trustees until November 1865. Thereafter he still remained on the board. Such was his devotion to his beloved Wake Forest that even with the onset of mental debility, "he was devising ways and means by which he could promote the interests" of the school.

The Waits had two children: Ann Eliza, who married John Brewer, a Wake County merchant; and William Carey, who died in 1831 as an infant. Wait died in Forestville and was buried in Wake Forest. His portrait hangs in Reynolda Hall at Wake Forest University. A few months before Wait's death, a colleague assessed his impact in North Carolina: "You were always a working man. . . . Working men are rare. . . . If for the last 30 years we had had 50 such men as you, N.C. would have been a garden."