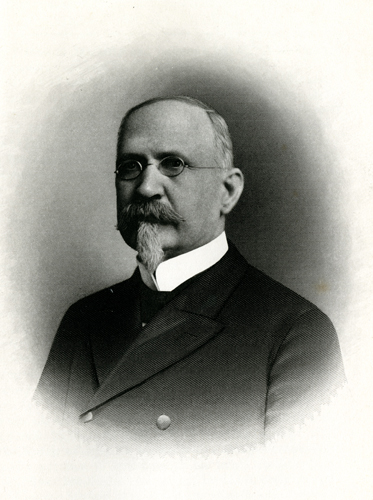 Vines Edmunds Turner, dentist, businessman, Confederate soldier, and civic leader, was born in Franklin County, the son of Archibald Adams, a farmer and businessman, and Mary Anne Howze Turner. His most distinguished brother was Henry Gray Turner, a congressman from Georgia and associate justice of the Georgia Supreme Court. As a young man, Vines Turner attended the Henderson Male Academy until he went into the hardware business with his father in Henderson. At age nineteen, he enrolled in the Baltimore College of Dental Surgery, from which he was graduated with a D.D.S. degree in March 1858.

Returning to Henderson, Turner practiced dentistry until the Civil War broke out in 1861. He immediately enlisted in the Granville Rifles and served until commissioned a second lieutenant in Company G, Twenty-third North Carolina Infantry Regiment, on 11 June 1861. Due to his superior performance, he was selected as adjutant of the regiment on 10 May 1862. He fought in the battles at Williamsburg, Mechanicsville, South Mountain, Sharpsburg, Fredericksburg, and Cold Harbor. He was wounded at Cold Harbor on 27 June 1862 and received a minor injury at Mechanicsville when his horse was killed and fell on him. Beginning in the spring of 1863, Turner served successively as a captain on the staffs of General Stephen D. Ramseur, General John Pegram, and General James A. Walker. His military career ended when General Walker surrendered at Appomattox.

After the war Turner resumed his dental practice in Henderson. On 24 September 1868 he married Zene H. Lassiter, who died on 26 May 1869. Around 1870 he moved to Raleigh and in September 1874 married Love Gales Root, the daughter of Charles B. and Anna Freeman Gales Root. Dr. and Mrs. Turner had three children: Charles Root, who became a physician and dentist; Mary Archer, who married Henry Merryman Wilson; and Henry Gray, who became a physician and surgeon.

Turner died of edema of the lungs and heart failure due to diabetes mellitus. He was buried in Raleigh.

Walter Clark, ed., Histories of the Several Regiments and Battalions from North Carolina in the Great War, vol. 2 (1901 [portrait]).