Jacob Turner, Revolutionary hero, was probably born in Southampton County, Va., before his father Thomas moved to Warren County (then Bute), N.C. Turner first appears in the records in January 1775, when he was appointed captain in Alston's company. On 23 June of the same year he was elected to the Bute County Committee of Safety. When the Third North Carolina Battalion was created by the Provincial Congress at Halifax on 11 Apr. 1776, Turner was appointed fifth captain in the regiment. The following year, in response to urgent pressure from the Continental army in the North, the North Carolina Continentals were ordered to rendezvous at Halifax. The Third Regiment was the first to arrive. The officers met at Martin's Tavern, where several disputes over rank took place. One argument was settled by recognizing Turner as first captain of the regiment.

On 1 Sept. 1777 General Jethro Sumner, in camp at Wilmington, Del., wrote to General George Washington for the commission of major for Jacob Turner, in the room of Major Samuel Lockhart. Before this request could be acted on, the Third North Carolina Regiment, on 11 September, went into action at Brandywine, where the Continental army unsuccessfully attempted to thwart Sir William Howe's march on Philadelphia. Turner distinguished himself by his gallantry in the early stage of this battle. When the British occupied Philadelphia, the greater part of their army encamped at Germantown, then a small village northwest of the city. Washington decided to attack the camp on 4 Oct. 1777. During this engagement Captain Turner was felled by musket fire. He was buried in the Upper Burying Ground in Germantown in a common grave with Colonel Henry Irwin, Adjutant Lucas, and six privates, all killed on the same day. Many years later, a monument was erected over the graves through the efforts of John Fanning Watson, author of the Annals of Philadelphia, himself then a resident of Germantown. 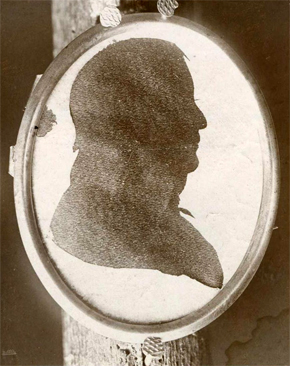