Alexander Telfair, Loyalist, was born at Town Head in Kirkcudbright on the Firth of Solway, southwestern Scotland. He came to America in 1759 with his brothers Edward, Hugh, and William. The Telfairs were first associated with John and Thomas Gilchrist, Scottish merchants in Suffolk, Va., who had extensive business dealings in the new North Carolina towns of Halifax and Tarboro. Edward Telfair, who seems to have been the oldest of the brothers, appeared in the North Carolina records in 1761, when he witnessed the conveyances for many lots when Tarboro was laid out. The act of the Assembly establishing the town has been lost, but it is possible that he was one of the original commissioners. In 1763 Telfair was referred to as a merchant in Halifax. In 1766 he moved to Savannah, where he later enjoyed a distinguished career as a member of the Continental Congress and governor of Georgia. William Telfair also settled in Georgia; his strong Loyalist stand was a source of embarrassment to his brother, who had cast his lot with the colonies. When the British occupied Savannah in 1779, an attempt was made to reestablish the royal government in Georgia. William was appointed a member of the Council, a commissioner of claims, and a commissioner to obtain the property of active Whigs. 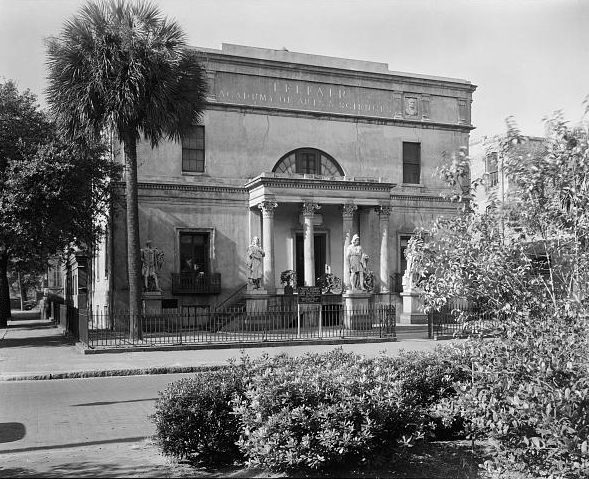 Alexander Telfair relocated in Halifax in 1765 and, together with his brother Hugh, built up a successful mercantile business. A contemporary described him as a man of character and probity. In 1775 he had prospered enough to invest a thousand pounds in Richard Henderson's Transylvania Company. While in Halifax, the Telfair brothers dealt with John Hyndman and Company, London merchants located in Gould Square.

Married to an American, Alexander was uncertain as to his course of action when the Revolution broke out. He was a member of the local Committee of Safety in the summer of 1776 and was a member of a committee to state the amount the province of North Carolina had spent on the United Colonies in order to transmit the same to the Continental Congress. In the summer of 1777 the state of North Carolina required oaths of allegiance to the new government. This Telfair could not bring himself to do, and he, along with other Loyalists, was given sixty days to dispose of his property and leave the state. Because few ships were available for the numerous persons who wanted to go, Telfair bought a brigantine at Beaufort and, outfitting the vessel at his own expense, named it The Brothers. The delays in preparation threatened to prevent their leaving within the prescribed time so Telfair obtained a twenty-day extension from Governor Richard Caswell, a fellow Mason and a friend in happier days. The ship set sail on 6 Aug. 1777, carrying Hugh Telfair, Alexander and his wife and children, several other Tory families, and some Negro slaves. The most prominent passenger was Martin Howard, chief justice of North Carolina. The party sailed for New York, then in British hands, and was stopped twice by American privateers on the way. Hugh remained in New York while the rest of the party went on to England in a British convoy. In London, the ship was claimed by an earlier owner and was sold at a fraction of its purchase price. Alexander returned to America in 1779 and for three years was in business in New York and then Charles Town, S.C. On his return to England in 1782, he attempted to establish himself in Liverpool but lost what property remained to him. Here he committed suicide in 1786. Anthony Warwick, a fellow Tory who had been a merchant in Tarboro some years before, was of the opinion that Telfair had become despondent over his failure to obtain adequate compensation from the British government for his financial losses in North Carolina.

While in North Carolina Telfair had married Paulina, the daughter of Thomas Hall of Edgecombe County. Her sister Elizabeth was the wife of John Thompson, a Tory innkeeper in Halifax town who went into exile. Another sister, Dolly, married Ralph MacNair, a Scottish merchant settled in Hillsborough who also became a Loyalist. Thomas H. Hall, of Tarboro, nephew to Mrs. Telfair, was a member of Congress for many years.

On her husband's death, Paulina Telfair was left with five small children. She went to live with her mother-in-law, Mrs. Margaret Blair Telfair, in Scotland and eventually obtained a small pension from the British government. In 1798 she and her family returned to North Carolina and bought a small property near Tarboro. She was still living in 1816, when she sold her land in Edgecombe and moved to Pitt County. According to census records and the deeds of Pitt and Edgecombe counties, Alexander and Paulina Telfair had three sons, Thomas, Hugh, and David Alexander. The last named was a physician and died in Bath, Beaufort County, in 1831. Dr. Alexander F. Telfair of Johnston County was a grandson of Alexander Telfair, as was David A. Telfair, an officer in the Confederate States Navy. While in England both Alexander Telfair and his wife were painted by Sir Joshua Reynolds; the portraits are in the possession of their North Carolina descendants.

Thomas Parramore, Launching the Craft: The First Half Century of Freemasonry in North Carolina (1975).