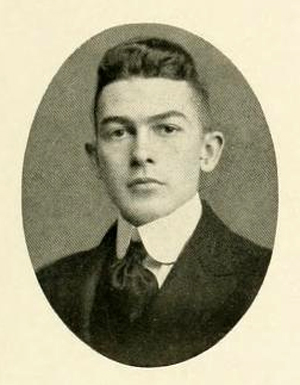 Henry Leonidas Stevens, Jr., jurist, Veterans' leader, and soldier, was born in Warsaw, Duplin County, of Scots-Irish ancestry. The son of Fannie Walker and Henry Leonidas Stevens, an attorney and banker, he was a descendant of a long line of military men. His maternal great-great-grandfather, William Walker, was an officer in the American Revolution and a grandfather was a veteran of thirty-two battles during the Civil War.

Stevens attended the local schools in Warsaw and was graduated from Porter Military Academy in Charleston, S.C., in June 1913. He immediately began a course of study at The University of North Carolina, which was interrupted by his enlistment in the army in April 1917. After training at Fort Oglethorpe, Ga., he was commissioned a second lieutenant in Company B, 318th Machine Gun Battalion, 81st, or "Wildcat," Division. He served overseas during the campaigns at Meuse-Argonne and St. Die (Vosges Mountains). Thereafter he remained active in the Army Reserve, rising to the rank of lieutenant colonel.

After the war he entered The University of North Carolina Law School but transferred to Harvard University to complete his studies. He then returned to Warsaw in January 1921 and began to practice law in the firm of Beasly and Stevens at Kenansville.

In June 1928, upon its organization, Stevens was named judge of the general court of Duplin County; he served until more pressing duties forced him to resign in 1931. By appointment of the Board of County Commissioners, he was county attorney from 1936 to 1938. In January 1939, following a bitter campaign, he was sworn in as resident judge of the Sixth Judicial District. Following reelection to two more eight-year terms, he retired on 31 Dec. 1962. Governor Terry Sanford appointed him an emergency judge of the North Carolina Superior Court for life, effective 1 Jan. 1963. Known throughout his judicial career as a workhorse, Stevens once held forty-eight weeks of court in one year and fifty weeks of court in another. 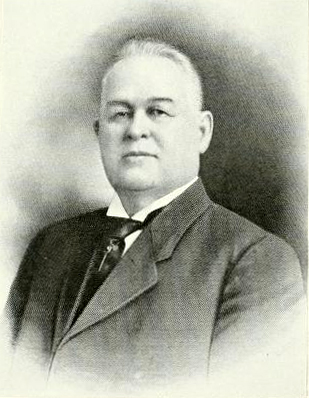 In Warsaw he organized and was elected commander of the Charles R. Gavin American Legion Post. Stevens established the Veterans' Day parade. He also served as commander of the district organization and in 1925 was elected state commander after a heated contest. Under his leadership, the highest membership to date was achieved. In addition, the legion completed its quota for the National Five Million Dollar Legion Endowment Fund and cleared the state department of all debts, turning over to his successor a cash balance of $2,500. In September 1931, at the American Legion's national convention in Detroit, Mich., he was elected national commander by acclamation after an incomplete roll call showed him to be far ahead of the sixteen opposing candidates. During this period he began many new programs to benefit veterans. As a result of his employment program, over one million jobs were found for deserving veterans—this during the Great Depression years of 1932–33. Stevens was the youngest man, the first southerner, and from the most humble beginnings of any man elected national commander up to that time.

Among his many honors and awards he counted the Legion of Honor of France, the Greek Decoration, the World War I Victory Medal, the Cross of Military Service, the North Carolina World War I Victory Medal, the Verdun Medal (for the defense of Verdun, France), the American Legion Bronze Medallion for fifty years' service, and the American Legion Citation of Appreciation. In 1932 President Herbert Hoover appointed him to deliver to the French government a panoramic painting of the funeral cortege of Marshal Ferdinand Foch, supreme Allied commander during World War I. Judge Stevens presented the gift to the president of France after giving an address in French at the Palace of Versailles. During his life he was the personal guest of Albert I of Belgium, the prince of Wales and later king of England, President Aristide Briand of France, and Presidents Herbert C. Hoover and Franklin D. Roosevelt of the United States.

In 1922 he married Mildred Beasley, the daughter of Bertha Johnson and Luther Addison Beasley, his well-known and highly respected law partner. They had one son, Henry Leonidas III.

While at the university in Chapel Hill, Stevens was a member of the Philanthropic Society, the YMCA, the Athletic Association, the Dramatic Association, and other organizations. (As national commander of the American Legion, he performed in a film and received an offer of a contract to make movies.) He was a brother of Kappa Sigma fraternity, served as chief commencement marshal during his junior year, and was the leader of the fall German Club dance during his senior year. In addition, he was a member of Phi Delta Phi legal fraternity, the Golden Fleece honor society at the university, the Junior order, the Masonic order, and the North Carolina Society of the Cincinnati.

Stevens was a ruling elder in the Warsaw Presbyterian Church and in 1948 served as president of The University of North Carolina's General Alumni Association. He was the first North Carolinian to appear on the cover of Time magazine. Stevens was buried in Devotional Gardens Cemetery, four miles east of Warsaw on North Carolina highways 24 and 50.

Faison and Pearl McGowan, Flashes of Duplin's History and Government (1972).