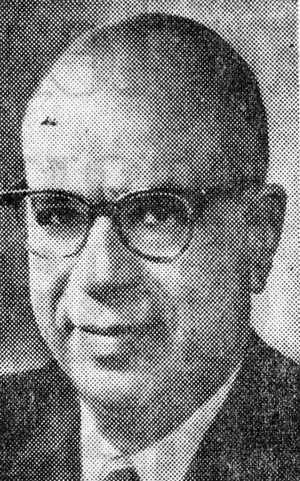 Asa Timothy Spaulding, insurance company executive, was born in Columbus County, the son of Armstead and Annie Belle Lowery Spaulding. He attended the National Training School of Howard University, was graduated magna cum laude from New York University in 1930, and received an M.A. degree from the University of Michigan in 1932. Having joined the North Carolina Mutual Life Insurance Company in Durham in 1924, Spaulding served as an actuary from 1933 to 1958, but at different periods he was assistant secretary of the company, 1935 to 1948; a director beginning in 1938; and president from 1959 until his retirement in 1968. In addition, he held related positions with the Winston Mutual Life Insurance Company, the Dunbar Life Insurance Company, the Mutual Savings and Loan Association, and Realty Services, Inc.; he was a director of the Mechanics and Farmers Bank.

At various times Spaulding produced a weekly television program, "Your Community," and was program adviser for the Durham Broadcasting Enterprises. In 1956 he was a member of the U.S. delegation to the inaugural of the president of Liberia and of the national delegation to the UNESCO General Conference in New Delhi, India. He served as vice-chairman of the North Carolina advisory committee to the Commission on Civil Rights (1959–64) and as a member of the steering committee of the Urban Coalition, of the national advisory council of the Airline Passengers Association (beginning 1972), and of the President's Commission on Income Maintenance Programs (1968–70); he was active in numerous other state and national bodies. 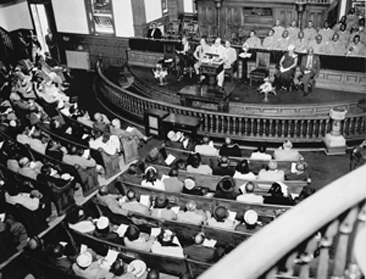 Following his retirement in 1968 as president of the world's largest black-owned insurance company, Spaulding established a consulting firm that advised numerous businesses across the nation. In 1971 he delivered the annual Business Leadership Lecture at the University of Michigan Graduate School of Business Administration, which was published as Opening Pandora's Box: A Management Dilemma. During his career he contributed to Best's Insurance News, Black Business Digest, and the Christian Science Monitor.

"1st Negro to Get Honor at Duke." News & Observer (Raleigh, NC), May 15, 1969. [From the vertical files of the Government & Heritage Library, State Library of North Carolina.]