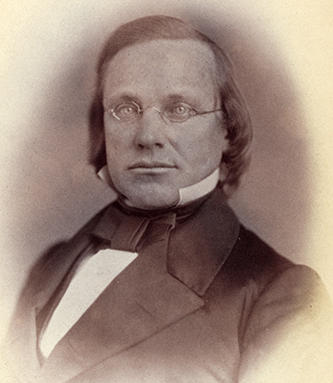 Henry Marchmore Shaw, physician, congressman, and Confederate army officer, was born in Newport, R.I. His parents were John Allen and Betty Marchmore Shaw, both of Scotch-Irish descent. The Shaw family moved to North Carolina after suffering severe financial losses. Young Shaw was fortunate to have a benefactor, Dr. G. C. Marchant, who allowed Shaw to study in his office and later financed his medical education at the University of Pennsylvania, where Shaw received his M.D. and two certificates of surgery in 1838. After graduation Shaw began a practice in Indiantown, Currituck County.

He also became active in politics. In 1851 he was elected as a Democrat to the state senate; his opponent was John Bernard. In 1853 Shaw defeated Colonel David Outlaw for the seat from the First Congressional District Shaw's opponent in 1855 was Robert Treat Paine, who defeated Shaw. However, Shaw was reelected to the Thirty-fifth Congress in 1857 and served his final term.

Shaw represented Currituck County at the Secession Convention of 1861, where he strongly favored North Carolina's secession from the Union. He felt so intensely that he resigned from the convention and joined the Confederate army. On 16 May 1861 he was appointed colonel of the Eighth Regiment, North Carolina Troops.

Organized at Camp Macon in Warren County on 14 Sept. 1861, the Eighth Regiment was first ordered to Roanoke Island, where Shaw assumed command. On 8 Feb. 1862 the regiment was captured by a Federal expeditionary group commanded by General A. E. Burnside. The prisoners were taken to Elizabeth City and paroled on 21 February. But it was not until 10 Nov. 1862 that Shaw was exchanged at Aiken's Landing, James River, Va.

Near Raleigh, at Camp Mangum, the Eighth Regiment reorganized in September 1862. Shaw reassumed command after his exchange, and the regiment was attached to General Thomas L. Clingman's brigade. Shaw was present or accounted for until the skirmish at Batchelder Creek, near New Bern, where he was killed. The regiment had been ordered to New Bern from South Carolina to aid General Robert F. Hoke's brigade. After Shaw's death, Lieutenant Colonel J. M. Whitson assumed command of the regiment. 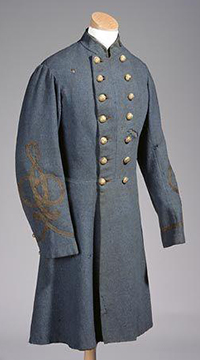