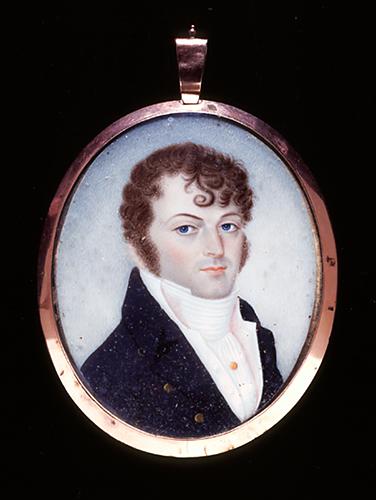 Joseph Blount Grégoire Roulhac, merchant, was the first son of John G. Roulhac (Jean-Baptiste Ignace Grégoire de Roulhac de la Tronchère) and his second wife, Frances Lee Gray of Bertie County. The ancestors of his father were merchants and of the nobility. His grandfather was a distinguished lawyer and for many years mayor of the city of Limoges, France, and the family was well educated and well-to-do. His father was the sixth child of thirteen born to Joseph Grégoire de Roulhac de Thias and his wife Marie Jeanne Dumas de la Vaille and was the second of three sons of the family that settled in America between 1777 and 1793.

Psalmet Grégoire de Roulhac came to America in 1777 as an agent of a French mercantile firm, hoping to establish a house bearing his name as partner; when this venture failed, he settled near Bath, where his brother John joined him in 1783. Ten years later their younger brother Francis Leonard Grégoire de Roulhac de Lavergne, arrived; he had spent some time working in the West Indies, had studied law, and finally turned to medicine, practicing first in Georgia and then settling in Tennessee. Having come to this country expecting that his brother was wealthy, John thought at first that he would go to sea but changed his mind when Psalmet introduced him to François-Xavier Martin, a lawyer who as a French immigrant advised John to read law. Working and studying with James Iredell, he obtained a license.

John Roulhac, who earned a reputation for integrity and honesty, became known as the "Honest Lawyer." He purchased a plantation called Fairfields, seventeen miles from Edenton in Martin County near the Washington County line. In 1788 he married Jamima Maule, the youngest sister of Psalmet's wife, and in 1789 their first son, William Maule, was born. In 1794, after the death of his first wife, John married Frances Lee Gray; their first son, Joseph Blount Grégoire, was followed by John Gray (1797), Frances Lee (1799), and Jane Margaret (1802).

As a child, Joseph was described as "vif"—animated, lively, with lots of spirit. A talented boy with an exceptionally good memory, he worked hard and did especially well in rhetoric. Graduated from The University of North Carolina in 1811 at age sixteen, he was educated for the law but never practiced. Roulhac was interested in the military and would have preferred the life of a soldier to all others, but because of the feelings of his mother did not pursue it. He also considered a career in the law but saw that kind of life centered outside or away from the home. Although single, he was a great supporter of marriage and the family and did not wish to do a great deal of traveling.

An active, industrious, and practical man, Roulhac turned to the mercantile world and followed it to his death. Fond of books, he had a knowledge of a variety of subjects; he was able to converse on almost any subject with fluency, particularly those of a practical nature. He showed shrewd judgment and keen appreciation of character. A good business man, he was very prompt and systematic, and he had a special talent for financial dealings. His credit rating was excellent, both within the state and in the northern cities where he traveled regularly to conduct his business, such as New York, Philadelphia, and Pittsburgh. For some time he served on the board of directors of the bank of North Carolina.

A particular feature of his character was the love of order. Roulhac enjoyed the highest confidence and warm, personal regard of his customers, and he was honest, fair, conscientious, and dedicated to his work. A leader in the community, he involved himself in matters of public improvement and enterprise and was a generous contributor to relieve human suffering. He had a strong attachment to the Episcopal church. Cheerful and even-tempered, he was devoted to his family and had few equals as husband and father. His highest ambition was to raise children in the observance of sound morals and to educate them for usefulness in life. The large collection of his letters reveals his deep attachment to his wife and children and to his wife's family. Roulhac also had a strong affection for the home of his early years and his own family ties. He established a correspondence with his uncle Joseph, who had gone to England because of the French Revolution and decided to remain there, and he wrote in detail about the American branch of the family. His papers show that he served as executor to various estates throughout North Carolina.

Roulhac had no interest in political conflict and was a candidate for public office only once. In 1835 he was elected to represent Bertie County at the convention to revise the state constitution.

Roulhac died suddenly at his store in Raleigh. The funeral was held in Raleigh on 27 January and the burial took place the following day in Hillsborough at the Episcopal church cemetery. He was survived by his wife, who died in Hillsborough in 1881.