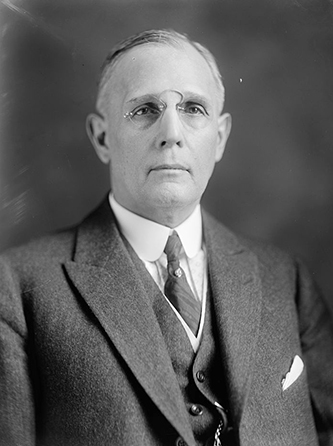 Edward William Pou, lawyer and congressman, was born in Tuskegee, Ala., the son of Edward William and Anna Maria Smith Pou. The family moved to Johnston County, N.C., in 1867 to land inherited by Mrs. Pou. Young Pou attended a school conducted by John L. Davis, was tutored in Greek and Latin by his parents, and attended The University of North Carolina during the period 1882–84. He taught school in 1884–85 while also reading law with his father and completed the law course at The University of North Carolina in 1885. Admitted to the bar in the same year, he began to practice in Smithfield with his brother, James H.

In 1886 Pou was chairman of the county Democratic executive committee and in 1888 he was a presidential elector. As solicitor of the Fourth Judicial District of North Carolina from 1890 to 1901, he was recognized as a vigorous prosecutor and a capable member of the bar. He was unsuccessful in his bid for Congress in 1896. In 1898 he became the law partner of Furnifold M. Simmons and joined him in the "White Supremacy" campaigns of 1898 and 1900.

Elected to Congress in 1900, Pou was returned at each succeeding election for the remainder of his life, usually without opposition. He served on the Ways and Means Committee for several sessions but was most effective as a member of the Rules Committee between 1911 and 1934. As chairman of the latter during 1917–21, he drew up and guided through the Congress legislation critical to the success of the war. Again as chairman of that committee he played an important role in the passage of legislation creating President Franklin D. Roosevelt's New Deal program.

Among the programs supported by Pou were stricter regulation of trusts, railroads, and banks; the reorganization of departments of government; and improved rural mail service. He also was a backer of bonuses for veterans of World War I. An advocate of state prohibition, he opposed federal control of alcoholic beverages.

Pou married Carrie Haughton Ihrie of Pittsboro and they became the parents of six children: two sons who died as infants; Edwin Smith, who was killed in France in 1918 during World War I; and Annie Ihrie, Margaret Atlee, and George Ross. He died of a heart attack in Washington and was accorded the rare honor of a funeral in the U.S. capitol. An Episcopalian, he was buried in Riverside Cemetery, Smithfield. He composed the inscription for his own tombstone: "I know not what record of sin may await me in the world to come, but this I do know: I was never mean enough to despise a man because he was poor, because he was ignorant, or because he was black." 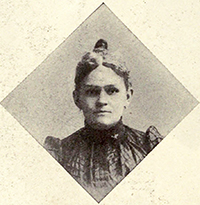 Proceedings of the 26th Annual Session of the North Carolina Bar Association (1934).