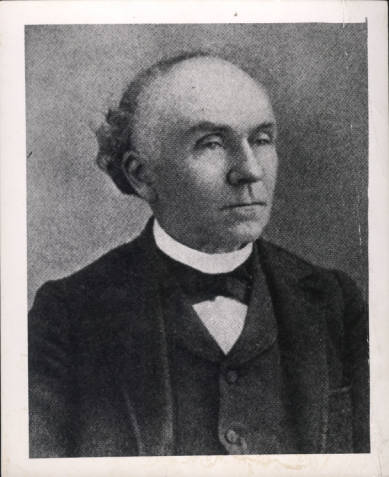 Solomon Pool, educator, University of North Carolina president, and clergyman, was born at Elmwood on the Pasquotank, the Pool plantation near Elizabeth City. His father, Solomon Pool, was a wealthy slaveholding planter of English descent, from a family prominent in northeastern North Carolina since 1679. His mother, Martha Gaskins Pool, was of French Huguenot ancestry. She died when Solomon was five; his father had died earlier. Young Solomon was raised on the plantation by his older brother, George Decatur Pool, a farmer who became active in the Republican party. Solomon had two brothers of note: John, who became a U.S. senator, and William Gaskins, a physician.

Pool prepared for college in Elizabeth City and entered The University of North Carolina in 1849 at age seventeen. He was graduated in 1853, the second honor student in a class of fifty-nine. While in Chapel Hill, he was a member of the Philanthropic Society. In December 1853 he became tutor of mathematics at the university, and in 1856 he received an honorary alumni master's degree. In 1861 he was promoted to adjunct professor of math and held the position for six years. In 1866 Pool took a leave of absence to accept a more lucrative position ($5,000 per year) as U.S. deputy appraiser in North Carolina, with the agreement that the floundering university would not be obligated to reemploy him until he was needed.

Pool accepted the presidency of the university in 1869 and was permitted to keep his appraiser's job at the same time. Reconstruction governor William W. Holden had taken charge of the university's board of trustees to ensure that someone with the appropriate Republican affiliations would be chosen president. At thirty-seven, Pool seemed to fit their specifications and was hired for $1,500 per year. Although brought up within the realm of slavery, Pool rejected its basic ideas. 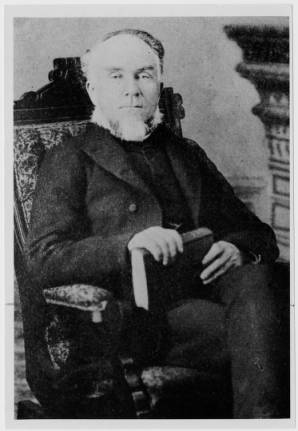 While Pool was president, the university continued its postwar deterioration. Buildings were neglected and overgrown, and campus trees were cut down for firewood. Pool incurred the wrath of many North Carolinians by, among other things, charging that the university was ruled too much by the landed eastern aristocracy and said that if no white students came to fill classes, he would enroll blacks. He concluded that it was "better to close it [the university] than have a nursery of treason to foster and perpetuate the feelings of disloyalty." A group of Carolinians against Pool, headed by Cornelia Phillips Spencer, succeeded in blackening his name; even today, Pool is missing from many university histories although his ideas of egalitarianism and the consolidation of all state universities became a reality in the twentieth century.

In January 1871 Pool addressed alumni and friends of the university, pleading for money to pay off the university's debts. However, it was too late—the trustees decided that the institution should close on 1 Feb. 1871 and Pool's title was taken away by a court order. He then became principal of a school in Cary for three years.

Pool converted to the Methodist Episcopal church in Elizabeth City at age fourteen and became licensed to preach in 1856. He was ordained deacon at Raleigh in 1862 and elder at Fayetteville in 1865. He preached once a month at the college chapel while in Chapel Hill and was often called upon to preach in various North Carolina cities after he left the university. In 1885 Pool was received into the North Carolina Conference of the church and was sent to Smithfield. He was transferred frequently, filling in wherever he was needed, to towns such as Charlotte, Greensboro, Concord, and Camden.

Pool married Cornelia Kirkland of Chapel Hill in 1856; she was the daughter of Joseph and Martha Kirkland. The Pools had six sons and two daughters: Edward, Clarence, Warren, Clifton, Eugene, Theodore, Cornelia, and Lillie.

On 2 Sept. 1896, while ending a revival sermon at South Mills in Camden County, Pool was stricken with paralysis. He recovered partially but remained in poor health and died five years later in Greensboro.

Kemp P. Battle, History of the University of North Carolina (1912).

Journal of the North Carolina Annual Conference of the Methodist Episcopal Church, South (1900).