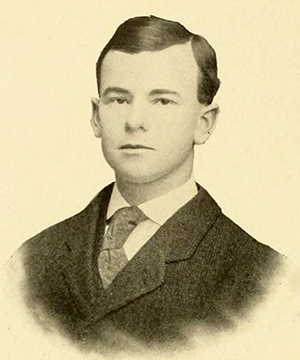 Joseph Ezekiel Pogue, Jr., geologist, petroleum engineer, and economist, was born in Raleigh, the son of Joseph Ezekiel and Henrietta Kramer Pogue. After preparatory education in Raleigh, he entered The University of North Carolina and was graduated with A.B. (1906) and M.A. (1907) degrees. An honor student, he was elected to Phi Beta Kappa in his junior year; the university yearbook, the Yackety Yack, said of him: "He was a scholar, a ripe one and a good one." He was a member of Sigma Zi and Alpha Tau Omega social fraternity. Pogue was awarded the Southerland Fellowship in chemistry for a year of graduate study; his master's thesis on the Cid Mining District in Davidson County received the Kerr Prize and was later published in the North Carolina Geological and Economic Survey (1910). Between 1906 and 1907 he also worked as an assistant geologist for the North Carolina Geological Survey. Continuing graduate study at Yale University, he earned the Ph.D. degree in geology in 1909.

Also in 1909 Pogue joined the Smithsonian Institution as assistant curator and remained there until 1913, except for a year as a special student at the University of Heidelberg in 1911. After a year (1913–14) as an associate geologist with the U.S. Geological Survey, he joined the faculty of Northwestern University as an associate professor (1914–17). He returned to the Smithsonian in 1917 as a mineral technician and in 1918 was named assistant director of the Bureau of Oil Conservation in the U.S. Fuel Administration.

Pogue married Grace Needham, of Washington, D.C., on 17 Apr. 1919. After World War I he joined the Sinclair Oil Corporation, but in 1921 he established his own consulting engineering firm and for the next fifteen years was active in petroleum explorations in the United States and abroad.

In 1936, when Winthrop W. Aldrich, then head of the Chase National Bank, decided to establish a petroleum department in the bank, he brought Pogue in as a vice-president of Chase to organize and head the new department. From 1936 until his resignation in 1949, Pogue was a key figure in an increasingly important area of the bank's interests. He knew the petroleum field and the people in it as few men did; as one colleague put it: "He was an unreplaceable liaison between the oil industry and the financial community."

During World War II Pogue served the government in a number of capacities relating to the petroleum industry, among them assistant to the chairman, Petroleum Industry War Council; member of the National Oil Policy Committee; and adviser to the Economic Committee, Petroleum Industry War Council. Although he no longer held a full-time position with the Chase National Bank after 1949, he remained a valued consultant on petroleum matters until 1957. During this period he served for ten years (1949–59) on the board of directors of Gulf Oil Company. 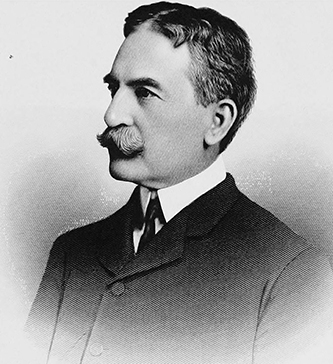 He published numerous books and articles on geological subjects and various facets of the petroleum industry, including The Turquoise (1915), Prices of Petroleum and Its Products during the War (1919), and Economic Structure of the American Petroleum Industry (1936); he was coauthor of Energy Resources of the United States (1919) and Capital Formation in the Petroleum Industry (1952). His articles appeared in Atlantic Monthly, proceedings of the American Statistical Association, proceedings of the Smithsonian Institution, bulletins of the National Museum, American Journal of Science, Journal of Geology, National Geographic, Scientific Monthly, and other periodicals.

During the 1960s the Pogues maintained three homes—one on Park Avenue in New York City, one at Port Jefferson, N.Y., and the third at Mountain Lake, Lake Wales, Fla. Both Dr. and Mrs. Pogue died in Florida, where in their later years they lived almost year-round.