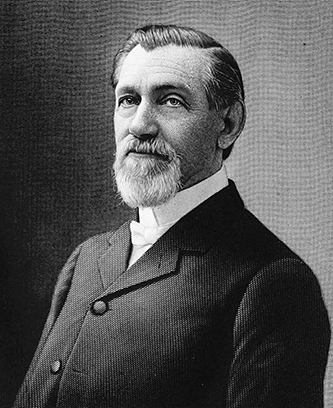 John Milton Odell, merchant and business leader, was born in Randolph County, the son of James, a farmer, and Anna Trogden Odell. After attending Middleton Academy, he taught school for several years, served for a year in the Confederate army (Company M, Twenty-second North Carolina Infantry), and then began his business career as a clerk in the Cedar Falls Manufacturing Company store. Later he joined the firm's successor organization, the Cedar Falls Company. In 1869 he left Cedar Falls and helped form Odell, Curtis, and Company, a mercantile and hardware company in Concord.

In 1872 Odell sold his interest in the Concord firm and moved to Greensboro. There, with his brother, James Alexander Odell, and W. H. Ragan, he opened Odell and Company, a general merchandise store. They gradually shifted to hardware, and in 1884 the concern became the Odell Hardware Company, one of the largest hardware retailers in the South. In the interim, John M. Odell served as a charter member and a director of the National Bank of Greensboro, organized in 1876. In 1877 he bought the McDonald Cotton Mills, which had been built in Concord in 1839, incorporating the firm in 1878 as the Odell Manufacturing Company. As its president, he moved back to Concord permanently in 1880. By 1888 the Odell Manufacturing Company was the largest plaid mill in the South.

Odell was a Whig-turned-Democrat. He supported the Methodist Episcopal Church, South, of which he was a member, as a Sunday school teacher and a philanthropist. His first wife, whom he married on 9 Mar. 1859, was Rebecca Kirkman, the daughter of Robert Kirkman of Randolph County. They had three children: William R., James T., and Ollie Makepeace Durham. Mrs. Odell died on 13 June 1889. Odell's second wife, whom he married on 4 Aug. 1891, was Mrs. Addie A. White, the daughter of R. W. and Sarah Anne Phifer Allison. Odell was buried in the Odell mausoleum in Concord. 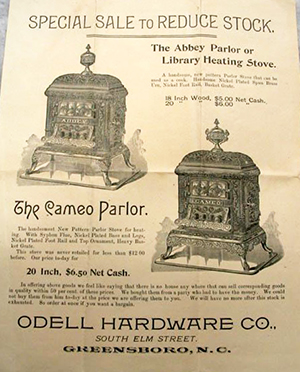