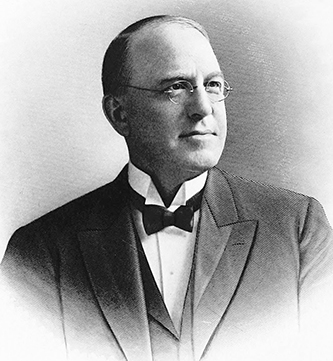 James Turner Morehead, industrial entrepreneur and Confederate officer, was born in Greensboro, the son of John Motley, governor of North Carolina (1841–45), and Ann Eliza Lindsay Morehead. Educated in local schools, he entered The University of North Carolina in 1857 and was graduated in June 1861 with first honors.

Morehead enlisted at Wentworth in the Rockingham Rangers, which was mustered into the Confederate army as Company D of the Fifth North Carolina Cavalry (Sixty-third Regiment) at Kinston on 13 Sept. 1862. His initial rank was second lieutenant, to date from 1 Aug. 1862. On 18 October he was transferred to the regimental staff as adjutant with the rank of first lieutenant. At Bristoe Station, Va., on 11 Oct. 1863, Morehead was wounded by a bullet that struck his mouth and neck. He was furloughed and eventually joined the Invalid Corps on 19 Oct. 1864, serving as provost marshal at Greensboro. After brief service in North Carolina, most of the regiment had joined the Cavalry Corps of the Army of Northern Virginia by June 1863. The regiment engaged in a series of skirmishes, cavalry-screening actions, and the major campaigns throughout the summer and fall of 1863 in both eastern Virginia and the Shenandoah Valley. The action at Bristoe, where Morehead was injured, was part of a successful flanking movement of the Army of Northern Virginia to force the Army of the Potomac to retreat. 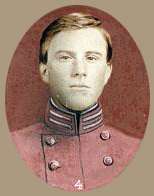 In December 1864, while recuperating in Greensboro, he married Mary Elizabeth Connally (1842–1917), also a Greensboro native. Afterwards the Moreheads moved to Leaksville to manage Governor Morehead's extensive business enterprises, which included over two thousand acres, a dam and power canal, a gristmill, a cotton-spinning factory, and a woolen factory. On the death of the governor in 1866, Turner Morehead inherited the Leaksville property. In the postwar Reconstruction era he was an apostle of diversified economic development, setting an example by expanding his mills, forming a development company called the Spray Water Power and Land Company, and promoting railroad construction, particularly the North Carolina Midland, the Western North Carolina, and the Cape Fear and Yadkin Valley. By 1884 he had completed construction of the Danville, Mocksville, and Southwestern (Danville and Western) Railroad from Danville to Leaksville for the purpose of serving his various business interests.

In politics Morehead sympathized with the Conservative-Democrats, and at the height of the Reconstruction trouble he served two terms in the state senate (1870–74). In 1875 he was elected a delegate to the state constitutional convention. In the General Assembly, he worked for the impeachment of Governor William Woods Holden and supported legislation favorable to economic development. He advocated the revival of a state geologic and natural resources survey, and in 1891, when the survey was renewed, he was appointed a member of the Board of Control.

Partly to recoup monetary losses from the business recession of 1888, Morehead secured investors for the development of a process for making aluminum. In 1891 he hired Thomas L. Willson, a chemist from Canada, who began experimenting with the reduction of aluminum from a mixture of aluminum oxide and carbon under extreme temperatures. For this purpose the Willson Aluminum Company constructed an electric arc furnace on the canal in Spray, the first such furnace in the United States. Morehead also asked his son, John Motley Morehead III, a recent graduate in chemistry from The University of North Carolina, to serve as Willson's assistant. On 2 May 1892 the company accidentally discovered a new chemical compound, calcium carbide, which released a gas when placed in water. No gas analysis apparatus was available, so the compound was sent to Chapel Hill, where Professor F. P. Venable identified it as acetylene gas. No practical use for the gas and compound was immediately found, and Turner Morehead went bankrupt in 1893, when his aluminum operation proved unprofitable.

He went to New York and in 1894 formed the Electro-Gas Company to manufacture and sell carbide and acetylene, which was now being viewed as an enriching agent to substitute for oil in the manufacture of water gas. Further experimentation at the plant in Spray led to the development of ferrochromium and ferrosilicon alloys for use in the processing of steel. These processes were used in the production of armor plate and armorpiercing shells during the Spanish-American War, bringing Morehead financial security. He expanded his operation by securing power sites on the James River in Virginia and the Kanawha River in West Virginia. His various patents on chemical processes and metal alloys, as well as his development of industrial sites in the latter two states, eventually led after his death to the formation of Union Carbide Corporation, one of the great industrial corporations in the world.

Morehead had one son, John Motley, III, chemist, industrialist, and noted philanthropist, and four daughters: Mary Kerr, Eliza Lindsay, Lilly Connolly, and Emma Gray. Characterized as a "Sunday Presbyterian" by his son, he attended the First Baptist Church in Leaksville with his wife, who was a member and very active in church activities. In 1884 Mrs. Morehead served on the church building committee for the present sanctuary. Portraits of the Moreheads are in the Morehead Planetarium in Chapel Hill. They were buried in Lawson Cemetery, Leaksville.