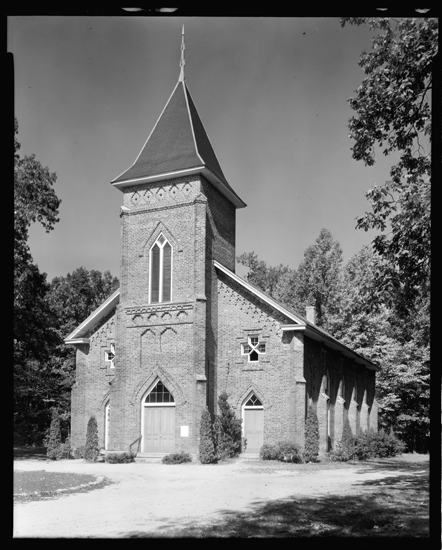 Samuel Eusebius McCorkle, Presbyterian minister and educator, was born in Lancaster County, Pa., near Harris's Ferry (now Harrisburg), the son of Alexander and Nancy Agnes Montgomery McCorkle. Both of his parents were born in Northern Ireland and migrated with their families to Pennsylvania about 1730. Reared among the Scotch-Irish settlers, Samuel attended a grammar school from age four to ten; there he learned the basic five "Rs"—reading, writing, arithmetic, self-restraint, and religion. The oldest of ten children, Samuel knew his lessons by 1756, when the McCorkles departed for the new lands in western North Carolina. The family settled on a 300-acre farm about fifteen miles from Salisbury, and they became regulars at a meetinghouse later named Thyatira Church.

There being no teacher in the neighborhood, young McCorkle taught his brothers, sisters, and neighbors for two years until he began classical studies under the Reverend Joseph Alexander at Crowfield Academy. He then completed further work with the Reverend David Caldwell. Deeply influenced by these Presbyterian teachers and by a religious revival, McCorkle left in 1768 to study for the ministry at the College of New Jersey. At Princeton he studied under a third Presbyterian minister, John Witherspoon. The youth absorbed the lessons in the classics, geography, history, languages, and science in addition to those in piety, love of learning, and religion. Witherspoon was decisive in disseminating moderate Calvinism (as opposed to the New Divinity and Edwardeanism) and instilling in McCorkle a confidence in reason and learning. He also taught him Scottish commonsense philosophy. The Witherspoon training guided McCorkle especially in education, where his emphasis, too, became to "Train up a child in the way he should go, and when he is old he will not depart from it."

McCorkle was graduated in the fall of 1772, having "grown in grace." Afterwards he taught school, studied for the ministry with an uncle who was a pastor in New Castle, Del., and in 1774 began itinerating as a Presbyterian probationer in western Virginia. In 1776 McCorkle answered a call to the pulpit of Thyatira Church in Rowan County, N.C., after having turned down a similar call in Virginia and suffering from a case of unrequited love. He was ordained on 2 Aug. 1777.

McCorkle's pastoral charge extended from his pulpit to the classroom and to the university. His personal creed endorsed the sovereignty of God and the depravity of man, and he urged the members of his flock to be reborn so they might discern the pattern in the universe, the natural laws that God had established. He served as a trustee of Liberty Hall Academy in Charlotte, and after the Revolutionary War shut it down, he helped move the school to Salisbury, where in 1784 it was chartered as Salisbury Academy. McCorkle served as president and teacher for a few years until it closed in 1791. Meanwhile, in 1784 he drafted, in accordance with the provisions of the 1776 constitution of North Carolina, the first proposal to found a university in the state. For political reasons, the legislature rejected this proposal, and The University of North Carolina was not chartered until 1789. Nevertheless, believing that learning promoted diligence, happiness, and piety as it prevented ignorance, and that it would advance government, agriculture, and manufacturing, McCorkle steadily supported education. When the Salisbury Academy closed and there were no funds for a public school, he and his congregation founded Zion-Parnassus Academy in 1794. It continued until about 1798, when the second Salisbury Academy opened.

As he trained boys for the university, McCorkle repeated the lessons that his Presbyterian mentors had taught him. For those who were not going to college, he taught an early normal (teacher training) course so they might themselves become schoolmasters and further promote piety and learning in the frontier society while supporting their families. He included the five "Rs" in his curriculum as well as classical languages, geography, and natural philosophy (science).

McCorkle was one of twenty-three graduates of the College of New Jersey trained under John Witherspoon who went to North Carolina as Presbyterian ministers and educational leaders. Five of them became trustees of The University of North Carolina, two (McCorkle and William R. Davie) were principal founders, and two served as the first presidents. McCorkle had first suggested a university; he chaired the committee that planned the course of instruction; he wrote regulations concerning its curriculum (but they were rejected in favor of Davie's), the daily schedule, discipline, and attendance at religious services, duplicating the system at the College of New Jersey; and he delivered the address of the day in 1793 at the laying of the cornerstone of the first building. Yet he was denied a position as the university's acting president when Davie objected to the choice. After December 1799 McCorkle refused to continue in the service of the university because he believed its leaders were governed by the philosophical principles of French deism.

Like other Presbyterian ministers, McCorkle supported the American Revolution, education, revivals in congregations, and outreach of ministries, and he opposed the rising French "infidelity" (deism). McCorkle even preached in support of the Revolution, and he published sermons on a variety of topics. Most advertised were A Charity Sermon (1795), in which he encouraged support of the new university, and Four Discourses on the General First Principles of Deism and Revelation Contrasted: Discourse I (1797), which challenged what McCorkle felt was false thinking. If reason was sufficient to assure human progress, as the deists maintained, why was evil continuing? Or could not reason distinguish between virtue and vice? He then demonstrated his belief that the ability to tell right from wrong came through revelation from God and not through mere human reason. Yet McCorkle viewed the revival of 1802 with ambivalence, wanting it to refresh his people but fearing the bodily exercises that made it a spectacle. 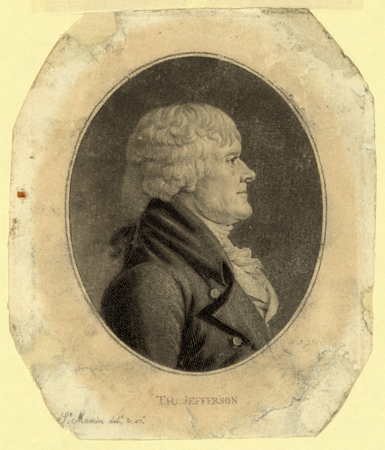 In a third of a century of active pulpit leadership at Thyatira, McCorkle continually spoke out for education, trained forty-five young men for the ministry, published more sermons for his people than other Presbyterian ministers in the state, and led in synod and presbytery meetings. Desiring to diffuse knowledge as the cure for ignorance, the cause of most human difficulties, he geared his normal course to further both piety and learning. This goal was suggested by his choice of the name for his academy, Zion-Parnassus—two hills, one noted for religion and the other for learning. McCorkle received an honorary doctorate from Dickinson College, Carlisle, Pa., in 1792 and thereafter was referred to as Dr. McCorkle.

On 29 June 1776 he married Margaret Gillespie, the daughter of Elizabeth Maxwell Gillespie Steele and the half sister of John Steele, a congressman and comptroller of the U.S. Treasury. Of the McCorkles' ten children, six survived—a boy and five girls. Alexander (Sandy), the son, was graduated from the University of Pennsylvania and became a small planter in the Rowan area. (Alexander apparently was sent to Pennsylvania because of McCorkle's dispute with the trustees in Chapel Hill.) There is no portrait of McCorkle, but he was described as six feet one inch tall with light hair and blue eyes, looking much like Thomas Jefferson, and as cheerful, mild, and dignified. (They supposedly once were introduced to each other in Philadelphia because of their marked resemblance.)

McCorkle was infirm by 1801, although he lived another ten years, and was too frail for the pulpit by 1806. He died at Westfield, his 300-acre farm, at age sixty-four; after his funeral at Thyatira Church he was buried in the churchyard. His grave is still marked by a large stone slab with a somewhat cryptic epitaph: "The tall, the wise, the reverend head must lie as low as ours." Eli Caruthers, who had been a member of McCorkle's church as a boy, relates that McCorkle left detailed instructions for his funeral and interment and, in fact, selected the epitaph.

James Hall, A Narrative of a Most Extraordinary Work of Religion in North Carolina (1802).

McCorkle, Samuel Eusebius. 1795. A charity sermon First delivered in Salisbury, July 28; and afterwards in other places in Rowan, and the counties adjoining; particularly at Sugar's Creek, in Mecklenburg County, at the opening of the synod of the Carolinas, October 2: and last, at the meeting of the Hon. the General Assembly of North-Carolina in Fayetteville, December, 1793. Halifax [N.C.]: Printed by Abraham Hodge.

McCorkle, Samuel Eusebius. 1797. Four discourses on the general first principles of Deism and Revelation contrasted: delivered in Salisbury and Thyatira on different days in April and May 1797. Discourse I. Salisbury [N.C.]: Printed by Francis Coupee.