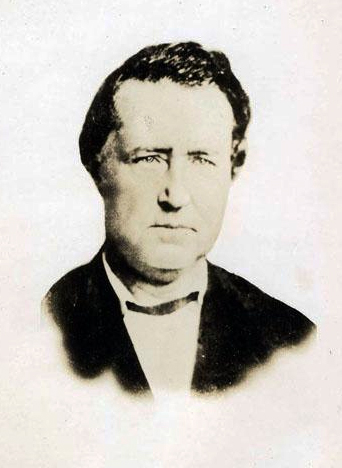 George Washington Logan, Confederate congressman, superior court judge, Unionist, and Republican leader during Reconstruction, was born in Rutherford County, the son of John and Martha Harton Logan. For a time his father kept a hotel in Rutherfordton. George W. Logan read law, was admitted to the bar, and practiced in Rutherfordton. Early in life he held a succession of judicial offices in the county, serving as clerk and master in equity (1838–39), clerk of the county court (1841–49), and county solicitor (1855–56). Before the Civil War he rose to brigadier general of militia. Sometime after 1858, Logan edited the Rutherfordton Enquirer. He also farmed and speculated in real estate; in 1860 he was listed as the owner of eleven slaves.

A Whig in politics, Logan was a staunch Unionist during the secession crisis. He adhered to this position during the Civil War and it determined the remainder of his political career. Opponents identified him, probably correctly, as a leader of the pro-Union Red String order, which was widespread in western North Carolina during the latter part of the war. He was elected to the Confederate Congress in 1863 as an avowed peace candidate and an opponent of the Davis administration. Although Logan took no leading part in congressional deliberations, his voting record in 1864–65 bore out his antiwar and anti-Confederate stance.

After the war Logan was elected to the constitutional convention of 1865 and to the legislature of 1866–67. He affiliated with the Republican party, apparently at its inception in the state, and was regarded as an outspoken partisan, first against the slaveholding aristocracy before 1865 and later against the Conservative or Democratic party and even in some measure the eastern wing of his own party headed by Governor William Woods Holden. His political mouthpiece after 1866 was the Rutherford Star, edited by J. B. Carpenter.

Although occasionally mentioned as a gubernatorial candidate, Logan attained his highest postwar office when he was elected a superior court judge in 1868. On the bench he gained fame as an uncompromising foe of the Ku Klux Klan, which infested Cleveland, Rutherford, and other counties of his circuit in 1871. An oftthreatened target of the Klan, Logan in his vigor to root it out helped to inspire charges by opponents of judicial incompetence. The Democratic legislature of 1871–72 considered impeaching him on this ground but ultimately declined to do so. One of his enemies and an erstwhile Klansman, David Schenck, defeated Logan for reelection in 1874, after which he retired to private life. He bought the Chimney Rock property in Rutherford County and there spent his last years.

Logan was married twice, in 1841 to Dovey Amelia Wilson (1817–51) and in 1854 to Mary Elizabeth Cabiness, each of whom bore him six children: John Amelia, George, Robert Wilson, Georgiana, Alice Dovey, and Margaret by the first marriage, and Mary Hannah, George W., Laogan, Felix B., Frank L., and James Andrew by the second. He was buried in St. Francis's Episcopal Cemetery, Rutherfordton.

A portrait of Logan was hung in the Rutherford County Courthouse in 1926.

Thomas Alexander and Richard E. Beringer, The Anatomy of The Confederate Congress (1972).