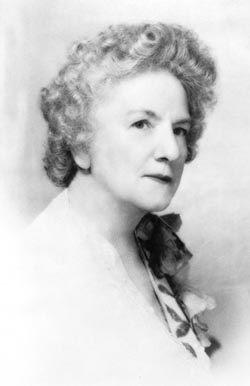 Maude Moore Latham, cultural leader and benefactor, was born in New Bern, the daughter of James Washington and Sarah Jane Gordon Moore. At Miss Corinne Harrison's School and the New Bern public schools she was an honor student and the recipient of gold medals for excellence in scholarship. While residing with her maternal grandparents in New York City, she continued her education in public schools and at Hunter College. For a short time she taught in a private school in her hometown.

In the First Presbyterian Church of New Bern, on 10 Aug. 1892, she married James Edwin Latham, a native of Wayne County. Twelve years later the couple, with their two children, Edward and May Gordon, moved to Greensboro where they became active in civic and business affairs.

For some time Maude Latham served on the City Planning and Zoning Board. As a member of the local Presbyterian church she was a trustee of the Presbyterian Home for the Aged, and to both she was a liberal contributor. The Latham Memorial Hospital at the Eastern Star and Masonic Home of Greensboro was begun by her gift of $30,000 in memory of her husband. Its reception room was attractively furnished as a memorial to her son, who died at Fort Thomas, Ky., in 1918 while in army service during World War I. Both the husband and the son were Thirty-second degree Masons.

A patron of the arts, long a musician and collector of fine paintings and antiques, Mrs. Latham traveled widely in America and Europe and studied art, music, and languages. She was vice-president and a life member of the North Carolina Art Society and belonged to the North Carolina Folklore Society, State Literary and Historical Association, Historical Book Club of North Carolina, Euterpe Club, and Woman's Club of Greensboro.

When an opportunity came for North Carolina to acquire the Carolina Charter issued by King Charles II of England to the Lords Proprietors, she was the first and largest donor towards its purchase.

The restoration of historic buildings especially appealed to her, and her aid in this movement was recognized by the North Carolina Society for the Preservation of Antiquities in 1948, when it awarded her one of its first Cannon Cups. She became a life member and served for a time as vice-president of the association. She also was a charter member of the National Council for Historic Sites and Buildings (now the National Trust for Historic Preservation) and was a member of its Ways and Means Committee. North Carolina Governor W. Kerr Scott appointed her to the Commission for the Restoration of the Governor Charles B. Aycock Birthplace. She also was a member of numerous other historical and patriotic organizations.

Her interest in gardens led to membership in many garden clubs, and she was a life member of the Garden Club of North Carolina and the National Council of State Garden Clubs. Her own garden was a noted showplace. Interested in sports, she enjoyed golf, tennis, bowling, and swimming and in her youth participated in fox hunts in Virginia. 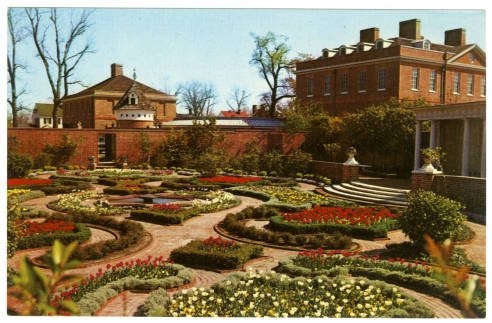 After their marriage, James E. Latham began giving his wife gold dollars on special occasions. These she carefully put aside as she became interested in finance. After some years she surprised her husband by bringing out 125 gold dollars from their secret place and asking him to invest them for her. This formed the nucleus of a considerable fortune that she acquired with his advice and her own business acumen and sound judgment.

In 1939 she wrote an article for Southern Life in which she summarized her religious convictions: "When I look upon my little domain and realize that God has been so good to me, that He has enabled me to build this home and this lovely garden, I am most humble and most grateful." She often recalled accounts related to her by her father as they took walks around town of the role New Bern played in the history of colonial North Carolina. Sometimes they passed the surviving west wing of Tryon Palace, and she secretly harbored the hope that the whole palace might someday be restored.

As a step towards the attainment of her goal, Mrs. Latham helped finance the publication in 1939 of Old Homes and Gardens of North Carolina under the sponsorship of the Garden Club of North Carolina. Dr. Archibald Henderson, in the foreword, emphasized that "the Governor's Palace must be restored." For a period of time afterwards, interrupted by World War II, efforts were made to interest business firms and wealthy individuals in the restoration of Tryon Palace, which was also the first state capitol. These efforts were unsuccessful so in January 1944, with her husband's encouragement and financial assistance, she established the Maude Moore Latham Trust Fund of $100,000 toward the project. If the state would acquire the necessary land, she promised to restore what was called "the most beautiful building in the colonial Americas" when it was completed in 1770.

The General Assembly in 1945 appropriated $150,000 to acquire the site and authorized the appointment of a Tryon Palace Commission; Maude Latham was elected chairman and retained that position until her death. An additional $77,000 was appropriated for property after she added $150,000 more to the endowment in 1949. She also gave the state English antiques appraised at $125,000 towards furnishing the palace. After her death it was revealed that Mrs. Latham had bequeathed the remainder of her estate, amounting to $1,115,000, to the Tryon Palace Commission. Her daughter, May Gorden Latham Kellenberger, and her son-in-law, John A. Kellenberger, became chairman and treasurer, respectively, of the commission.

Through the capable management of the officers, the commission completed the restoration in 1959 and was able to purchase suitable antiques to furnish the palace as well as to acquire four fine old nearby homes for restoration and furnishing. All soon were opened to the public.