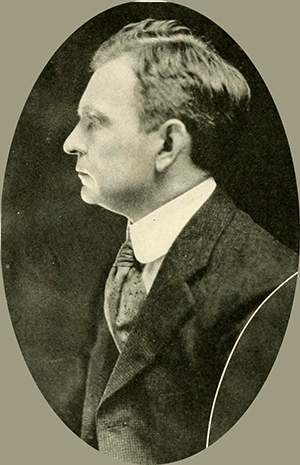 Walter Clinton Jackson, teacher and college administrator, was born in Hayston, Ga., the son of Albert Leroy and Jane Granade Jackson. His father was a farmer who had served in the Confederate Army; his mother was a former schoolteacher. Young Jackson received the bachelor of science degree from Mercer University in 1900 and was awarded the doctor of laws degree in 1926. After teaching in several Georgia schools, he was invited by E. D. Broadhurst to be principal of the Lindsay Street School in Greensboro in 1902. The same year he married Mattie Redford, who had also gone to Greensboro to teach. They had three children: Walter C., Jr., Virginia Elizabeth, and Lillian Murchison (Mrs. C. O. Hunt).

In 1903 Jackson transferred to Greensboro High School as an English teacher and in 1905 became principal.

Active in civic affairs, Jackson was awarded citations by the National Conference of Christians and Jews and by the Greensboro Chamber of Commerce. He was president of the North Carolina Conference for Social Service (1925–26) and of the Southern Commission on Interracial Cooperation (1928–32); vice-president of the North Carolina Council of Churches; and a Rotarian. For many years he was a member of the board of trustees of Bennett College and at times was the chairman. In 1949 Bennett awarded him the doctor of humane letters degree for being "a pioneer in the field of better race relations."

A junior high school in Greensboro, where Jackson died, is named in his honor, as is the main library at The University of North Carolina at Greensboro.