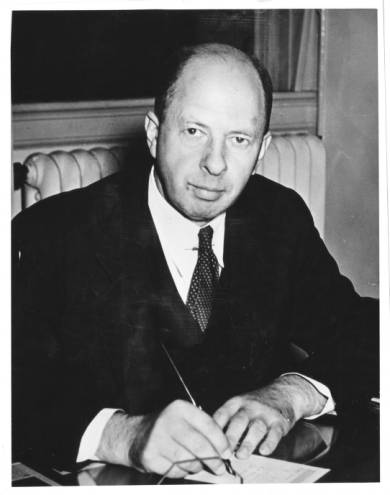 Robert Burton House, university administrator, was born in Thelma, Halifax County, the son of Joseph and Susan Drake House. Receiving his early education locally, he was graduated with honors in 1916 from The University of North Carolina where he was a member of Phi Beta Kappa. The following year he received the master of arts degree from Harvard. During World War I he served with the American Expeditionary Forces as a lieutenant of infantry (1917–18).

In 1926 House became executive secretary of The University of North Carolina, serving until 1934 when he was appointed dean of administration at the Chapel Hill branch of the newly created three-campus Consolidated University of North Carolina. In 1945, he became chancellor at Chapel Hill. After retiring from that post in 1957, he taught in the English department until 1962. Under the watchful eye of House, the university survived the depression and World War II. During his administration it began or rebuilt fourteen departments or schools, including art, dentistry, journalism, medicine, music, naval science, nursing, public health, sociology, and social work.

House was a popular speaker who demonstrated a keen sense of humor and often delighted audiences with his harmonica as a means of breaking the ice at formal meetings. Active in cultural affairs in the state, he was a leader in organizing the Citizens Library Movement and instrumental in the creation of the North Carolina State Art Society. He was the author of numerous articles and of several books including Miss Sue and the Sheriff, about his childhood in Halifax County, and The Light That Shines, about his student days in Chapel Hill. He also was the editor of The Public Letters and Papers of Governor Thomas W. Bickett and of the North Carolina Manual, published in 1921, 1923, and 1925. House received honorary degrees from Catawba College, Bowdoin College, and The University of North Carolina. A Democrat and a Methodist, he taught a men's Bible class for forty-six years.

In 1918 House married Hattie Drake Palmer, and they became the parents of a son and a daughter, Robert Burton and Carolyn Twitty. His wife and both children predeceased him. He died at his home in Chapel Hill and was buried in the local cemetery.