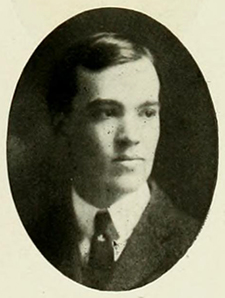 Hubert Benbury Haywood, Sr., physician, who practiced largely in Raleigh, was a member of a distinguished family of medical practitioners. His great-uncle Fabius Julius Haywood, his grandfather Edmund Burke Haywood, his father Hubert Haywood, and his son Hubert Benbury Haywood, Jr., were all eminent physicians in Raleigh. The son of Hubert and Emily Benbury Haywood, he received his early education in the public schools and at the Raleigh Male Academy. He was graduated from The University of North Carolina in 1905 and four years later received the M.D. degree from the University of Pennsylvania Medical School. Haywood continued his studies with postgraduate work at the University of Edinburgh, Scotland, in 1914 and 1923. In 1948 The University of North Carolina awarded him the honorary LL.D. degree. As a student he had been editor of the Yackety Yack and the Carolina Magazine. He was a member of the Order of the Golden Fleece and, in 1934, president of the General Alumni Association.

During World War II, Haywood was commissioned in 1943 as a senior surgeon with the U.S. Public Health Service. For his work as chairman of the Procurement and Assignment Service for Physicians of the State of North Carolina, he received a presidential citation from Harry S Truman.

Although he retired from active practice about 1953, Haywood continued his association with the State Capital Life Insurance Company. A lifelong member of Christ Episcopal Church, Raleigh, he served as vestryman and senior warden at different times. In retirement, he worked in his rose garden, enjoyed sketching, and researched his family's history. He was the author of Sketch of the Haywood Family in North Carolina, published in 1956.