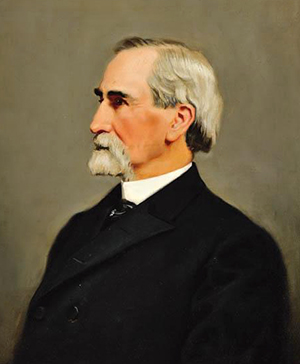 Edmund Burke Haywood, physician, Confederate surgeon, and medical administrator, was born in Raleigh, the youngest son of Eliza Eagles Asaph Williams and John Haywood, state treasurer. He was a descendant of North Carolina's early English settlers and Revolutionary patriots. His paternal great-grandfather was John Haywood, who emigrated to North Carolina from Barbados about 1730 as the agent of Earl Granville; his paternal grandparents were Charity Hare and Colonel William Haywood of Dunbar Plantation, Edgecombe County. His maternal grandfather was Captain John Pugh Williams of the North Carolina Continental Line.

Haywood received his early education at the Raleigh Academy and in 1843 entered The University of North Carolina. Although he was an excellent student, ill health forced him to leave the university in 1846 without a degree. After regaining his health, he entered the University of Pennsylvania School of Medicine and was graduated with distinction in 1849. Returning to Raleigh, he went into private practice.

At the outbreak of the Civil War in 1861, Haywood enlisted as a private in the Raleigh Light Infantry and was elected its surgeon. Recognizing Haywood's superior professional qualifications, Governor John W. Ellis soon detached him from his unit and directed him to inspect the military hospitals then established on Morris Island, in preparation for organizing a military hospital in North Carolina. Afterwards, he established the first military hospital in the state and on 16 May 1861 was appointed surgeon of the North Carolina state troops. His first assignment was as administrator of the hospital at the fair grounds and as surgeon of the Raleigh military post and training camp. In July of the same year, he was named president of the Board of Surgeons which examined and approved applications for appointment as surgeon in the North Carolina state troops. As the war progressed, Haywood became more involved in practical military surgery and he saw heavy fighting in the Peninsular Campaign and in the Seven Day's Battle around Richmond. His compassion for, and attention to, the enemy wounded was widely noted. At the conclusion of his Virginia service in August 1862, he was commissioned a surgeon in the Confederate Army and served for a time as president of the Army Medical Board, which granted medical discharges and convalescent furloughs. In the same year he also became acting medical director of the Department of North Carolina and was placed in charge of the Raleigh military hospitals. His headquarters were at Pettigrew Hospital at New Bern Avenue and Tarboro Road, with subsidiary hospitals at Peace Institute and the state fair grounds.

Near the end of the war, as General William T. Sherman's victorious troops approached Raleigh, Haywood continued to attend the wounded and ill of both Union and Confederate armies. After Appomattox and the collapse of the Confederate government, Haywood, at his own expense, remained at his hospitals until the last patient was released or evacuated. During the war years he became known as a progressive and innovative physician who developed unusual and complex surgical procedures. He was also known and loved as a humanitarian and as a compassionate friend of all ranks and classes. 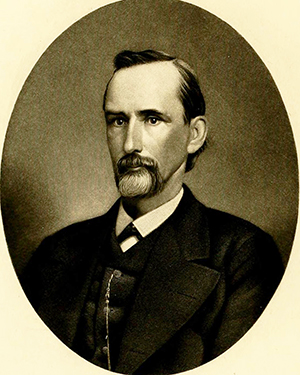 His military duties over, Haywood, in the tradition of Cincinnatus, refused compensation and returned to private practice in Raleigh. When the state institutions were reorganized in March 1866, he became a member of the board of directors of the North Carolina Insane Asylum; he served for twenty-five years and as president from 1875 to 1879. In the latter year, Governor Daniel Fowle appointed him chairman of the Board of Public Charities. In June 1879, he became vice-president of the North Carolina Medical Society and held the chair of surgery of the North Carolina Board of Medical Examiners. Haywood, who had helped organize the Raleigh Academy of Medicine in 1870, served on the boards of other local and national professional societies until his death. In 1889, he became the first physician to receive the LL.D. degree from The University of North Carolina; in 1868, the university had awarded him the A.M. degree.

Over the years, Haywood became increasingly interested in the plight of prisoners and mental patients of both races. In 1890, he was directly responsible for establishing the Negro mental hospital at Goldsboro and the Western State Hospital at Morganton.

An Episcopalian, Haywood was a member of Christ Church, Raleigh, and a vestryman for twenty-five years. It was said that he never missed a vestry meeting during his tenure. His numerous professional, civic, and church activities were credited with weakening his health and causing the acute pleurisy that finally took his life. He died at Haywood Hall, the house in which he was born. 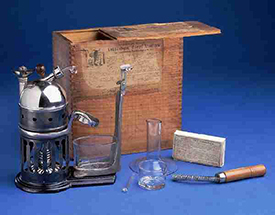 Kemp P. Battle, Sketches of the History of the University of North Carolina (1889).

Fitzhugh Lee Morris, comp., Lineage Book of Past and Present Members of the North Carolina Society of Sons of the American Revolution (1951).