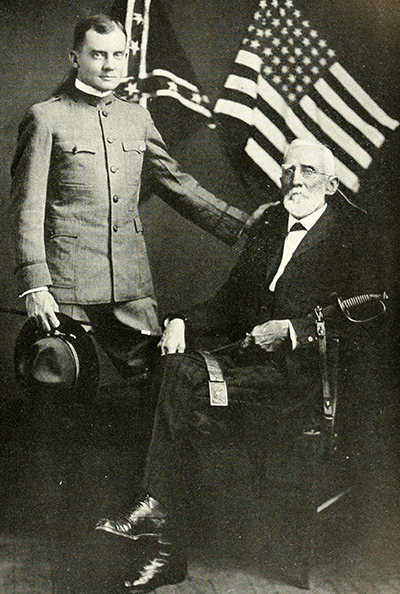 George Washington Finley Harper, merchant, soldier, railroad builder, banker, and entrepreneur, was born at Fairfield Plantation in Wilkes County. One of three children of James and Caroline Finley Harper, he received classical school training near his home and in 1855 enrolled at Davidson College, graduating four years later. After college he entered the general merchandise business with his father, a founder of the town of Lenoir in 1841 when Caldwell County was formed.

The Civil War interrupted young Harper's business career as well as his duties as county register and justice of the peace. In the summer of 1862 he enlisted in the Confederate Army as a private in Company H, Fifty-eighth Regiment of the North Carolina Infantry, but soon was promoted to first lieutenant. Harper fought in skirmishes with Union forces near Cumberland Gap in Tennessee, participated in raids in Kentucky, and became the captain of his company. In the summer of 1863 the Fifty-eighth North Carolina Regiment joined the Army of Tennessee at Chattanooga, and the following September Captain Harper led his troops in the Battle of Chickamauga, where over half of the regiment was killed or wounded. The Union Army pushed the Confederate forces into Georgia for the winter; during its follow-up invasion of the state in the spring of 1864, Harper received a leg wound at the Battle of Resaca and was sent home to convalesce.

By the time Harper, now a major, rejoined the Fifty-eighth North Carolina Regiment in the fall of 1864, Atlanta had fallen and his regiment was stationed at Columbia, Tenn. Following his participation in the Battle of Franklin in November, the major was put in charge of captured Union prisoners, transporting 1,700 of them to Corinth, Miss., in December. By February 1865, Union forces had pushed the Army of Tennessee into North Carolina, and in March Harper fought at the Battle of Bentonville, the last serious Confederate effort to halt the Union advance.

After the war, Harper rejoined his father in business. Not content to devote all of his time to the firm of H. Harper & Son, he became involved in railroad expansion. In 1873, Harper began rail construction from Lenoir to Hickory for the Chester and Lenoir Narrow Gauge Railroad Company. He was elected chairman of the company in 1884, and from 1893 to 1900 served as president and general manager of the reorganized line, Carolina and Northwestern Railway Company (using standard gauge rails). 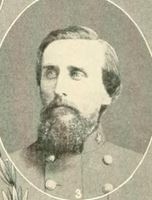 In addition to retail merchandising and railroad building, Harper found time for other business and community endeavors. He was a commissioner for the town of Lenoir; director of Lenoir's Fire and Hose Company (organized in 1876), of a local building and loan association, and of the Lenoir Furniture Factory (reorganized in 1899 as the Harper Furniture Company); trustee of the North Carolina Hospital for the Insane at Morganton and of Davidson College; organizer of the Lenoir Board of Trade; president of the Green Park Improvement Company, holding a controlling interest in the summer resort at Blowing Rock; and vice-president of the Lenoir Cotton Mill. In 1893 Harper founded the Bank of Lenoir, and, from 1894 until his death, served as its president.

Harper's numerous activities did not prevent his pursuit of political and literary interests. He won election as state representative during the 1880–81 legislative session, as mayor of Lenoir in 1886, and as a delegate to the Democratic Convention of 1888 in St. Louis. In addition to financially supporting the establishment of a local library, he contributed some works of his own: "Sketch of the Fifty-Eighth Regiment North Carolina Troops" (1901), Emma Lydia Rankin (1908), and Reminiscences of Caldwell County, North Carolina, in the Great War, 1861–1865 (1913).