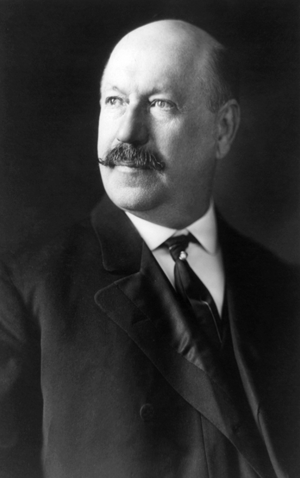 James Madison Gudger, Jr., congressman, state senator, and attorney, was born in Madison County of Scotch-Irish ancestry, the youngest son of Joseph Jackson and Sarah Emeline Barnard Gudger. Gudger's great-grandparents, William and Martha Gudger, were among the earliest settlers of the Swannanoa Valley. Their son, James, Sr., was born on 22 Jan. 1782—one of the first white children born west of the Blue Ridge Mountains. He married Annie Love, daughter of Colonel Robert Love, scion of a distinguished family and an officer in the American Revolution.

Young Gudger attended Sand Hill and later Weaverville College, Weaverville, before entering Emory and Henry College, Va., where he was graduated with honors. He then studied law under Chief Justice Richmond Pearson and was admitted to the Virginia bar sometime around 1878. Gudger moved to Asheville to practice criminal law. Eventually becoming the leading attorney in Marshall, Madison County, he was, by all reports, an able, genial, and popular practitioner of the law.

Entering the political arena, Gudger was elected to the North Carolina Senate in 1900. In the legislature he served on the committees on the Judiciary, Election Law, Claims and Penal Institutions. In 1901, Governor Charles B. Aycock appointed him solicitor of the Fifteenth Judicial District in North Carolina. He served in that capacity for one year before resigning to run for a seat in the U.S. House of Representatives. Elected to Congress in 1902, Gudger served two terms and gave up his seat in 1906 to resume the practice of law. In 1910, he was reelected to Congress and again served two terms. He was an unsuccessful candidate for reelection to the Sixty-Fourth Congress in 1914. In Congress Gudger served on the Committee on Indian Affairs and the Committee on Public Buildings and Grounds; he was chairman of the Committee on Post Office Expenditures. During this period he worked assiduously to secure post offices for his congressional district, was a tireless advocate of rural free delivery, and a pioneer exponent of federal aid for public roads. As a congressman, Gudger was an effective organizer of some influence in national politics, as well as a popular representative who maintained steadfast loyalty to the Democratic party.

Gudger married Katie Yancey Hawkins of Hendersonville, and they had three children: Emmet Carlyle, winner of the French Legion of Honor and the Navy Cross in World War I; Katherine Emeline; and one other child, apparently a son who died at a young age. His brother, Judge Hezekiah Alexander Gudger, was also a state legislator, a U.S. consul general to Panama, and a justice of the supreme court of Panama. James Gudger was a member of the Masons, Knights of Pythias, and the Baptist church. He was buried in Riverside Cemetery, Asheville. 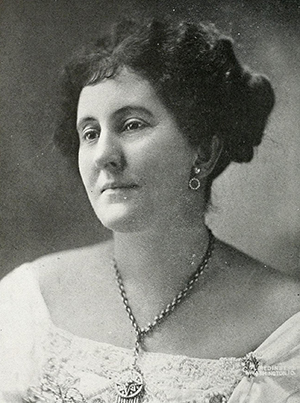