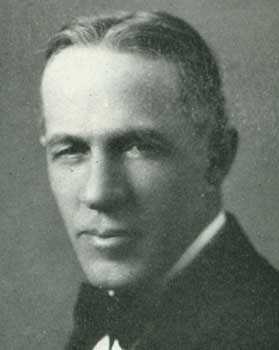 Isaac ("Ike") Garfield Greer, educator and superintendent of Baptist Children's Homes, was born in the Zionville community a few miles from Boone in Watauga County, the fifth of eight children of Phillip and Mary Greer. His parents, by precept and example, instilled in him the basic traits of honesty, industry, and Christian morals, which characterized his endeavors throughout life. As a boy he worked with his parents, brothers, and sisters on their mountain farm. His healthy respect for hard work distinguished his own life, and he taught the value of work to all the children who came under his care. During his youth in Watauga County, Greer also took a lively interest in the area's folk songs and ballads, which he later collected and sang to the delight of audiences in the United States and Europe. Indeed, he became as well known for his folk singing as for his speaking and for the quaint stories he sprinkled throughout his speeches.

Greer received his elementary schooling at Zionville, attended high school in Boone, and was a student at The University of North Carolina from 1906 to 1908. While at Chapel Hill, he worked his way by waiting on tables and doing other jobs. Afterward, he did graduate work at Columbia University. From 1908 to 1910 he taught in a one-room school and served as principal at Walnut Grove High School. He then joined the history department at Appalachian State Teacher's College, where he taught from 1910 to 1932. The class of 1916, for which he was sponsor and adviser, honored him in 1966 by establishing the I. G. Greer Distinguished Professorship in History, the first such professorship created at Appalachian. Also in 1966, the college's fine arts building was named the I. G. Greer Building.

While living and teaching in Boone, he represented Watauga County in the state legislature (1925) and served on the board of aldermen. Although qualified for further political service, his interests and commitment lay elsewhere. Greer's great compassion for people led to his interest in the Baptist Children's Homes, and in 1928 he was elected by the Baptist State Convention to the Mills Home board of trustees. In 1932, when Dr. M. L. Kesler, then general manager of Mills Home Baptist Orphanage, was killed in an accident, the trustees named Greer to succeed him as superintendent of the Children's Homes, a position he held from 1 Oct. 1932 until his resignation on 16 Dec. 1947. At the time of his appointment, the country was experiencing the Great Depression and, as a result, the Children's Homes were in debt and supplies were hard to obtain. The new superintendent, who had the gift of mixing humor with pathos in his speeches, proved to be the greatest money raiser connected with Baptist institutions during that period. When he took the story of the children and their needs to groups all over the state, the people responded. In 1931, the Children's Homes had spent $23,985 more than they received that year. Through Greer's fund-raising efforts, they had a surplus of $12,430 by 1933. Moreover, under his leadership, the Homes grew and services were extended to more children. After his resignation in 1947, he became assistant vice-president of the Business Foundation of North Carolina, Inc., with offices in Chapel Hill. He resigned from that post in 1954.

For a time Greer was president of the North Carolina Conference for Social Services, which presented him an award for outstanding leadership in child care in 1959. He also was a member of the board of trustees of the Child Welfare League of America. In 1942, he received an honorary LL.D. degree from Wake Forest College.

A prominent Baptist layman, Greer served as the first president of the Allied Church League and, in 1942, as president of the Baptist State Convention. In addition, he was president of the Folklore Society and made a large contribution to the preservation of folk songs and ballads from the mountains of North Carolina. Accompanied on the dulcimer by his wife, Willie Greer, he gave more than four hundred public performances as interpreter of ballads and folk songs. Their entire collection of these songs, which has been called the most complete in existence, was presented to Appalachian State University where it is housed with other memorabilia in the Appalachian Room of the library.

In 1916 Greer married Willie Spainhour of Morganton, and they became the parents of two sons: Isaac G., Jr., and Joseph. She died in 1959. In 1963 Greer married Mrs. Hattie O'Briant, a widow, of Rocky Mount.

W. C. Reed, Love in Action, The Story of the Baptist Children's Home of North Carolina (1973).