Thomas Austin Finch, Sr., nationally known industrialist, was born in Trinity Township, Randolph County, the son of Thomas Jefferson and Hannah Louise Brown Finch. His brothers were Gray, Alfred Brown, Charles, Doak, and George Davis Finch. His mother, who was graduated from Greensboro College in 1885, was the daughter of Dempsey and Eliza Ann Laughlin Brown and the granddaughter of John Brown, a builder of Brown's Schoolhouse on his plantation near Trinity in Randolph County. This school was the beginning of Trinity College, which became Duke University some years after its removal to Durham. At the age of fifteen, Thomas Austin Finch was graduated from Trinity High School where he was awarded a scholarship to Trinity College. In college he made a well-nigh perfect record, becoming a member of the "9019" Honor Society, and was asked to teach there upon graduation in 1909. Instead, he accepted the challenge of a new venture in the Piedmont area, the small factory called Thomasville Chair Company, owned by his father and uncle, where he had spent two vacations working at every kind of job in the making of chairs. Thereafter his life was intertwined with the record of the growth and expansion of this industry.

Finch began his career during the first decade of furniture manufacturing in Thomasville. This period witnessed the construction of many factories, some of which were soon offered for sale. Within five years three of them were bought by the Thomasville Chair Company. Finch was secretary and treasurer of this large company, which was becoming known for its capable management, efficiency of operation, and consideration of employees. In the 1920s changing conditions and customs necessitated a complete reorganization of production. Each factory was equipped with new machinery to streamline production of suites of furniture for a room; two more factories were added to complete the manufacturing of furniture for an entire house. Under Finch's guiding genius the various factories were consolidated into an enormous, unified operation known all over the nation. Upon the death of his father in 1929, he became president of the company and continued to direct its course during and after the dark of the depression.

Throughout this period of growth from one small factory to a large, complex corporation, the employees of Thomasville Chair Company highly respected Finch for his signal executive ability; they also regarded him more as their leader than as an employer. They knew that he expected from them full devotion to their work but that he asked no more from them than from himself. In 1939, upon completing thirty years of service, he was presented a valuable collection of books with one volume containing the signatures of nearly 1,700 employees of the company. Engraved in the front of this book was a tribute to his dynamic leadership, rare vision, personal sacrifice, and tremendous investment of time and energy in guiding the company through the years, some of which were very difficult and precarious for furniture manufacturing.

He also worked for the betterment of the city of Thomasville and the state of North Carolina. At various times he filled the following posts: mayor of Thomasville (1923–25); member of the Thomasville School Board; chairman of the board of trustees of the City Memorial Hospital; chairman of the board of stewards of Main Street Methodist Church; and first president of the Thomasville Rotary Club. On the state level he served on the North Carolina Transportation Council, the North Carolina Employment Council, and the State Board of Vocational Education. In addition, he was a director of Winston-Salem Teachers College and of the Methodist Children's Home.

During the depression years the outstanding ability of Thomas Austin Finch was in demand on a national level. From time to time he was called to Washington by President Franklin D. Roosevelt for consultation on critical issues relating to the nation's economy. He served with distinction on the Industrial Advisory Board of the National Recovery Administration and the Business Advisory Council of the U.S. Department of Commerce. At the time of his death he had been serving the government in an advisory capacity on the furniture panel of the War Production Board. He was a lifelong Democrat. 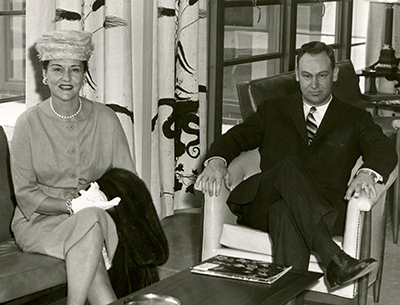 On 6 Nov. 1919 Finch married Ernestine Lambeth, the daughter of John Walter, Sr., and Daisy Hunt Sumner Lambeth, and a graduate of Thomasville High School and Greensboro College. They became the parents of one son, Thomas Austin, Jr., born 12 Aug. 1922. After graduating from Woodberry Forest Preparatory School and Princeton University and serving three years as an officer in the U.S. Navy during World War II, the younger Finch returned home and became vice-president of the Thomasville Chair Company. In 1960, he became president of the Thomasville Furniture Industries, Inc., which in 1968 would merge with Armstrong Cork Company; a world enterprise of which he was named a senior vice-president. He married Meredith Clark Slane (daughter of Willis H. and Meredith Clark Slane, and a graduate of Salem Academy and Sweet Briar College) and had five children: Thomas Austin III, John Lambeth, David Slane, Sumner Slane, and Meredith Kempton Finch.

After the death of the senior Finch, his widow and son set up the Thomas Austin Finch Foundation for religious, charitable, and educational purposes. Funds from this foundation were used to construct the Austin Finch Chapel of Memorial United Methodist Church, the Thomasville Public Library, and rooms in the Community General Hospital. In his memory the Thomasville Furniture Industries, Inc., established a large scholarship fund for qualifying children of its employees.

Jessie Owen Shaw, The Johnsons and Their Kin of Randolph (1955).

"TRT17: T.A. Finch House." The Architectural History of Randolph County North Carolina. City of Asheboro, the County of Randolph and the N.C. Division of Archives and History. 1985.55. https://archive.org/stream/architecturalhis00what#page/n63/mode/2up